StreamCoin ICO Ends With a Secured Soft Cap, 100+ Exchange Listings To Follow in May 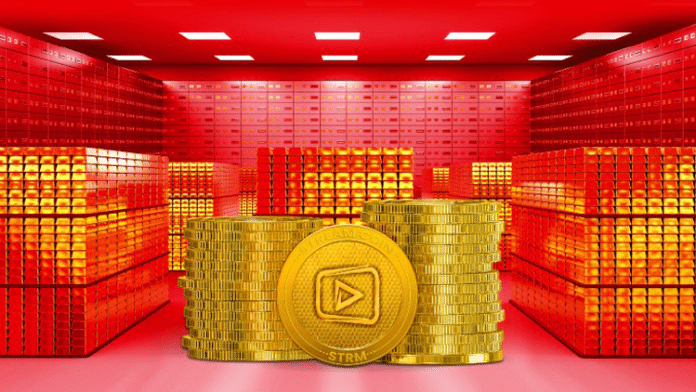 In the last three months since StreamCoin started its ICO, the Dubai-based company has continued surprising its investors by delivering more than promised. With a secured soft cap after more than $11.7 million in ICO sales, the team was able to coordinate a one-of-a-kind token listing that will comprise over 100 exchanges to list STRM in May.

Lasted from February 1 until April 30, 2022, the StreamCoin ICO provided lucrative investment opportunities for all participants. The company started the ICO with a high-reward referral program along with a wide-scale airdrop, where eligible investors got five times of their STRM in GaStream (GSTRM), the company’s recently-issued utility token.

A few days before the ICO conclusion, CEO Michael Ein Chaybeh confirmed the rumored 100+ exchanges listing plan. What is more, the number of wallets holding STRM has surpassed 100,000 following the rush to invest in the ICO during its latest days.

StreamCoin’s recent turnout was mainly due to its overwhelming presence at the World Live Streamers Conference. Held on March 25, 2022, in Dubai, UAE, this conference exposed the company to global investors, industry leaders, creators, and influencers who all gathered to watch the CEO’s keynote, where he introduced the Alpha version of MeiTalk—StreamCoin’s multi-streaming platform.

In late April, the StreamCoin community fostered the project to win in ByVotes, a voting contest held by the Bybit exchange where the winner will get listed on its platform. The project competed against multiple community-backed projects, namely Baby Doge, Floki Inu, EverRise, Galaxy Blitz, and Medabots.

To express its gratitude to the community, StreamCoin has allocated 222,222 STRM ($200,000 Approx.) to be shared among its voters through the Bybit exchange.

In a statement, Michael also thanked all participants who voted for STRM:

“Joining the competition alongside the likes of Baby Doge and Floki Inu is already an honor to StreamCoin, given that these have been in the crypto space longer than us…However, our community has proven its support for us, and it’s something that I am immensely proud of. To those who voted for STRM and who continue to back us up, my utmost gratitude to you.”

To provide the best value for its investors following the ICO, the company swiftly launched a staking portal where all STRM holders can stake and earn returns in GSTRM. Named STRM Staking, this portal is currently offering exclusive staking plans with up to 700% interest. However, these plans will be only available between May 1 at 9:00 AM GST and May 5 at 11:59 PM GST. Interested investors can visit the official STRM Staking portal to learn more.

In line with the upcoming 100+ exchanges listing, StreamCoin is preparing to launch Stream Bridge, a swapping portal that will enable STRM holders to migrate their tokens between blockchains. This portal will boost STRM’s liquidity for traders who prefer decentralized exchanges.

The company is yet to announce all the details about the listing due to NDAs (Non-disclosure Agreements). To stay updated with StreamCoin’s latest announcements, you can follow its official channels on social media:

How long will crypto winter last? That is the question on the lips of every crypto participant right now. Many newbies are scared at...
Read more
Press Release

The words decentralized finance and game, these two industries have been combined together and from this combination the GameFi sector was birthed. For many...
Read more
Press Release

Identifying The Top Crypto From The Available Options

Cryptocurrencies have captured the market in a concise duration of time. The traditional markets like real estate and the stock markets took years to...
Read more