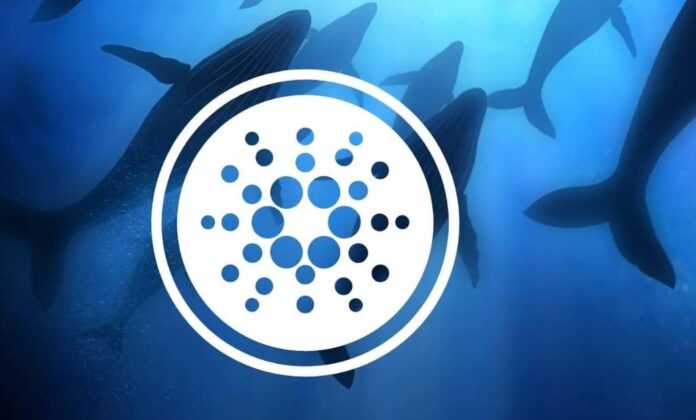 Cardano Whales Back In Action As Bears Pullback.

Cardano has been holding on strong despite suffering a bear attack like the rest of the market.

The market-wide price crash has seen ADA’s value drop over the last few days, but this hasn’t stopped the Cardano blockchain network from focusing on developments. However, a recent turn of events points to a re-awakening of investor interest in ADA.

This is even more important when it involves whales with deep pockets. The thing started changing when ADA seemed to be bottoming out at around $0.40. This occurred between 8 am and 12 pm UTC on May 13.

According to a report released by Santiment, Cardano whales have been swinging into action with a flurry of transactions.

ADA is currently valued at around $0.538, marking a significant increase compared to yesterday, as mentioned when the whales went active.

In fact, according to Santiment, Cardano whales are now more active than they have been for the last few months, a fact that may indicate a positive development in the general market outlook for Cardano. As a result, ADA has experienced about 1,085 network transactions worth over $100k. This is the highest spike in transactions since January.

🐳 #Cardano's whales showed a flurry of transactions yesterday as prices were bottoming out to $0.40, between 8am and 12pm UTC. These spikes have very commonly indicated price direction changes for $ADA, and we're monitoring further whale activity closely. https://t.co/KKnjXVH8no pic.twitter.com/aRTfClg8qQ

What Does This Mean For ADA?

As noted by Santiment, sudden whale activity, especially an increase in the number of transactions and volumes, usually indicates a specific price direction for ADA. The analytics firm says it will continue to monitor ADA’s price movement.

From a critical point of view, it’s clear that Cardano is headed upwards due to this whale activity. This may signal an increase in buying pressure that could push the price due to a corresponding increase in demand. However, whether this will come to pass is yet to be seen.

Recently, Cardano founder Charles Hoskinson said Cardano Is Built For Everyone, and ADA Will Last As It’s Designed to Be Resilient in Bad Times.

For one, Cardano is planning to expand its network with a new upgrade, the Plutus Upgrade, slated for this June. The upgrade is expected to significantly boost the network’s throughput. The Cardano developer team shared a few facts about it in a tweet about a month ago. This may be boosting investor confidence in the project, and in turn, the network’s native coin, ADA.