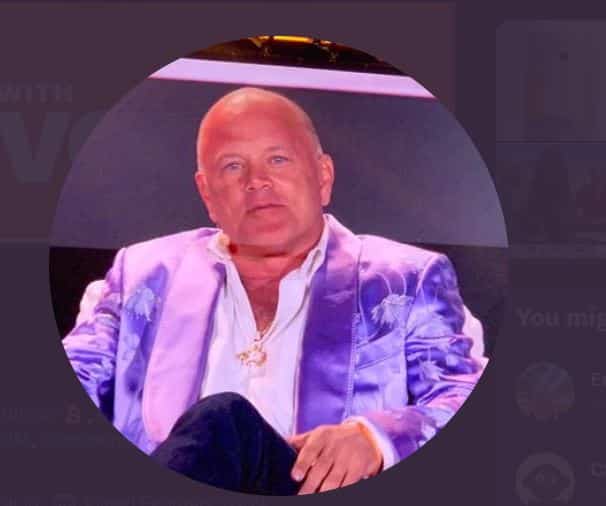 Over the last week, Terra Luna and its sister Stablecoin UST have experienced a sharp market decline that is now described as a total crash. Luna’s price went from the highs of $119 in April to $0.00019 at the time of this writing.

Luna’s downswing has caused pain to many investors, including some notable ones like Blizz Finance and Billionaire Mike Novogratz. Mike is the founder and CEO of Galaxy Digital, a crypto investment firm, and asset manager.

Mike’s interest in Luna went public when he got a Luna tattoo back in January. His tweeting a photo of it could have been an indirect show of support for the crypto. It’s not clear whether his tweets influenced other investors, but given that he’s one of the most influential people in the crypto space, the answer could be in the affirmative.

I’m officially a Lunatic!!! Thanks @stablekwon And thank you my friends at Smith Street Tattoos. pic.twitter.com/2wfc00loDs

Mike seems to have gone totally offline on Twitter since Luna went mad prices-wise. Mike is no longer tweeting, sending out signals that his absence may be related to the current bearish invasion of the Luna market.

A Twitter user Mckenna said: “Not a single tweet from Novogratz yet. It’s bad being exposed to a Ponzi, but when you get that Ponzi tattooed on your skin for life, you are down horrendously bad.”

It's bad being exposed to a ponzi but when you get that ponzi tattoo'd on your skin for life you are down horrendously bad.

Has anyone checked on @novogratz?🌕🐺 https://t.co/Bi1okhUNQ5

Luna has lost over 99% of its previous value while UST had de-pegged from the USD and is now worth around $0.17 instead of the usual range within the $1 mark. Mike’s wealth is estimated to have shrunk from over $8 billion to around $2.5 billion, according to Bloomberg Billionaires Index. However, that’s just on paper and represents his holdings at current prices.

Mike’s Galaxy Digital has released a statement affirming that the company is still in a strong position in the market – despite a projected loss of around $300 million. The firm maintains that it has approximately $1.6 billion balancing its liquidity, $800 million in cryptos, and another $800M in cash. The majority of these assets are not held in algorithmic Stablecoins.

Galaxy Digital said in a press release that they have strong capital and enough opportunities to blossom their business on May 13:

“The company remains in a strong capital and liquidity position and is well-positioned for long-term growth. The company will continue to manage the pace of investment to consider the macroeconomic backdrop it has throughout its history. Our experienced management team believes there are significant opportunities for Galaxy Digital as we navigate current market conditions.”

If you're like me, you've been hearing a lot about cryptocurrencies recently. You may have even tried investing in them, and seen your investment...
Read more
Load more