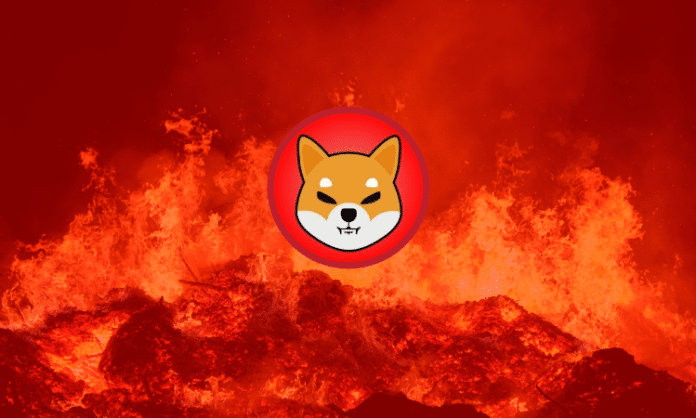 Shiba Inu (SHIB) has successfully maintained its burning momentum this week. As per our calculation, the SHIB Army has sent 2,177,129,103 (2.17B) SHIB tokens to the dead wallet in the last seven days through 155 separate transactions.

Travis Johnson’s SHIB Burn Games and SHIB-inspired token ‘1Cent’ are among the top SHIB Burner of the Week.

On Sunday, Travis Johnson’s SHIB burn games officially reported via tweet that the company had burned 283 million SHIB tokens in one significant transaction. Following the burn, the company also has shared “Proof of Burn” with the community through screenshots and a transaction link.

Few things about this burn;
1.) Metamask doesn't really pull up the normal information showing how much i'm sending.

2.) I bought the dip, not the dippity dip, so the burn was less valuable than it should of been.https://t.co/HT4F4wzXkW pic.twitter.com/WkVXgSCKXU

Since November 2021, Travis Johnson’s SHIB burn games have contributed to SHIB Burns. The individual company organizes its “Monthly Burn Party” on the 15th of every month. As per the company, it has burned 1.98 billion SHIB tokens since November 2021.

The company has developed three games, including one of its famous Brick Buster. The other two games include Candy Trips and Zombie Assassins. All these games are available to play on Google App Store. As per the company’s official website, 100% of their ad revenue earned from games goes to SHIB Burn.

Besides the Games, the company also has one official YouTube Channel named “ShibPlay” and various apps like ShibSphere available to download on Google App Store, all dedicated to SHIB Burn.

On the other hand, SHIB-inspired token 1CENT organized its Weekly Burn Event on Monday. As per the team, they have been able to burn only 34,240,306 (34.24M) SHIB this week. The burn was made in one significant transaction.

Following the tweet, the token has updated the transaction link on its official website as a “Proof of Burn.” The website claims that the project has sent a whopping total of 1,986,621,965 (1.98B) SHIB to dead wallet since 14th March 2022.

Besides weekly burns, 449,981,701 (449.98M) SHIB tokens have been sent to dead wallets through 29 separate transactions in the last 24 hours; with the help of the SHIB Burn Portal, Shibburn.com reports

In the past 24 hours, there have been a total of 449,981,701 $SHIB tokens burned and 29 transactions. Visit https://t.co/t0eRMnyZel to view the overall total of #SHIB tokens burned, circulating supply, and more. #shibarmy