Schwartz called out flaws in OpenAI chatbot ChatGPT arguments, alleging that the XRPL is not truly decentralized.

Ripple CTO David Schwartz, in a tweet today, has poked holes at arguments from OpenAI chatbot alleging that, unlike Bitcoin, the XRPL is not truly decentralized.

It came as Stefan Huber, a Twitter user, and potential XRP supporter, shared screenshots of a chat with the AI chatbot, where the chatbot argues that the XRPL is not fully decentralized. According to the chatbot, despite the XRPL’s decentralized consensus mechanism, Ripple can change the network operation without a validator vote.

“The specific technical details of how Ripple Labs can push through changes to the XRP ledger without reaching 80% consensus among the participants in the network are not publicly available,” ChatGPT wrote. “However, it is likely that Ripple Labs can make changes to the network using its administrative privileges, which are granted by the unique nature of the XRP ledger.”

In response, Schwartz suggested that the AI can also argue that Ripple has a secret way to make changes to the Bitcoin network, using the premise that it agrees both use a distributed ledger technology in other screenshots.

Schwartz was not the only one to swipe at the data used to train the chatbot, as Huber asserted, it was like arguing with a Bitcoin maximalist.

It is worth noting that OpenAI silently released the chatbot last week, sparking several conversations in the tech space. Notably, it does a good job of showing users what it is like to interact with a computer. However, as amazing as it is, as highlighted by a Mashable report, it also tends to be wrong. Notably, even OpenAI warns users that it may occasionally be wrong and produce biased content.

Despite this, the chatbot is in high demand. When The Crypto Basic tried to access the chatbot, OpenAI noted that it was experiencing “exceptionally high demand” and that they were working to scale its systems to meet the demand. 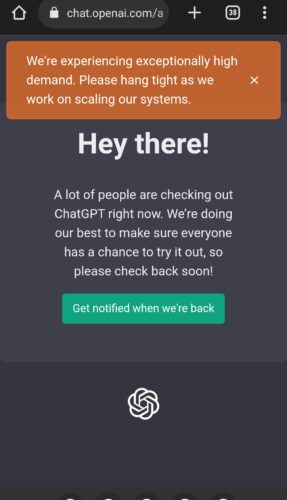 Ripple And XRP Are No Strangers To Controversy And Conspiracy Theories

It bears mentioning that Ripple and XRP are no strangers to controversy and conspiracy theories. As John E Deaton recently asserted, XRP remains one of the most misunderstood cryptocurrencies even after almost a decade.

At the beginning of the month, for the second time in months, Schwartz had to face claims of a private XRP Ledger trading XRP at a significantly higher price than the public ledger.

Meanwhile, at the end of November, Deaton had to debunk claims by Lark Davis that the value proposition of XRP was threatened by the fact that JP Morgan settled a cross-border payment with Polygon.

These are just a few examples of the narratives the XRP community continues to face.