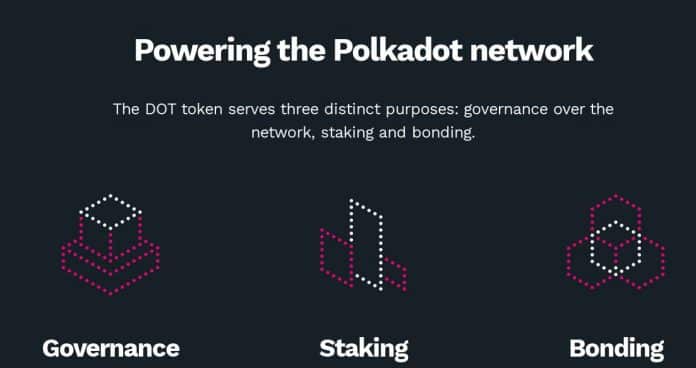 Polkadot (DOT) has reached new price records, rising more than 30% in the last 24 hours. Number 5 on the list of world most valuable cryptocurrencies with a market value of more than $ 11 billion.

Binance, the largest cryptocurrency exchange by volume, announced on December 23rd that it would support Polkadot projects. The Binance exchange announced it had set aside $ 10 million in funding for it.

In addition, Binance users when visited the platform’s homepage on December 28, they noticed that DOT/USDT pair was replaced by the ETH/BUSD trading pair. Dot community didn’t liked that. After Polkadot price gained strong momentum, Binance had to move DOT pair to its home page instead of ETH, gaining attention of traders.

Huobi, one of the most important cryptocurrency exchanges in both the Asian market and globally, announced:

Huobi Global will launch POLS (Polkastarter) in Inno Hub on January 14th, 2021. The holding limit of a single project of each account is 50,000 USDT equivalents of tokens, and there is no holding limit for API trading, insiders and above (Huobi VIP)

While POLS deposit transactions started on exchange, on January 14. Huobi also announced that they had reserved 600 thousand POLS to be won by the DOT stakers. Such encouraging announcements made traders to buy more DOT, resulting high Dot prices.

While the decentralized financial sector (defi) is getting more and more attention, the problem of scalability continues to be a headache. The total value of the DeFi sector exceeded $ 22.5 billion at the time of writing. As the DeFi field gradually expanded, one of the biggest problems, Ethereum’s scalability problems, began to show more and more.

Polkadot, on the other hand, promises an ecosystem that will be an alternative to Ethereum for decentralized projects and DeFi users. DOT aims to solve the problem of scalability by running smart contracts in an ecosystem of smaller blockchains called parachain. This makes Polkadot a good alternative for those who want to avoid both Ethereum’s high transaction fees and scalability issues.

The Question Is Not IF, But WHEN Will Cardano (ADA) Reach $3

Cardano has made so much headlines as accomplishing many recent updates on their roadmap have helped ADA reach the third-largest cryptocurrency by market capitalization. In...
Read more

Laptopmag, a popular website that review and compare the latest laptops and tablets recently described AAVE (LEND) as the best cryptocurrency for the peer-to-peer...
Read more

Laptopmag, a popular website that review and compare the latest laptops and tablets recently described Polkadot (DOT) as the best cryptocurrency for blockchain interconnectedness.
Read more

Laptopmag, a popular website that review and compare the latest laptops and tablets recently described Monero as the best cryptocurrency for privacy and confidentiality...
Read more