On 3rd August Miami Became The First US City To Launch Their Crypto, Miami Coin (MIA) Built On Bitcoin Via Stacks to Fund City Initiatives, And Rewards Users In BTC 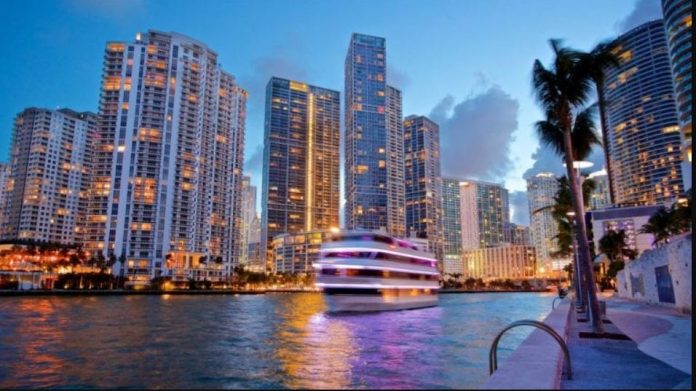 Miami has introduced their own cryptocurrency Miami Coin (MIA) on August 3, which officials say will help the city generate revenue and expand its economy.

Thirty percent of the proceeds generated from the new digital currency MiamiCoin can be used to fund city initiatives, according to the Miami Herald.

“The city of Miami could end up making millions of dollars as a result of the popularity of MiamiCoin, because obviously Miami has now become, the bitcoin capital of the world.

And we are focusing on differentiating our economy by creating a new wave of technology products that will encourage people to move to Miami and be part of our technology ecosystem.”

Miami Worked with Citycoin, a company that develops a cryptocurrency for municipalities, to launch their new digital token. The Miami-specific currency is available for digital mining and is the first of its kind to hit the market.

MiamiCoin is built on Bitcoin via @stacks (smart contracts for BTC).

So if you have MIA and want to exchange it in trustless swap for BTC, you now can with this experimental UI: https://t.co/BHFaL5zpqv

The idea is that people will support Miami by buying or mining MiamiCoin, and funds will be funneled into the city’s treasury.

“The city of Miami can elect to use its growing crypto treasury to benefit the city and its constituents — think new public spaces, improvements to infrastructure, hosting city events, recruiting startups, and more.”

MiamiCoin can be mined or bought by individuals who want to support Miami city and receive crypto income from the stack protocol. MiamiCoin additionally benefits its holders by allowing them to accumulate and generate income using the stack protocol.

Anyone can mine MiamiCoin. If the project takes off and becomes popular with more people who own it, investors will be able to passively earn bitcoins simply by owning MiamiCoin. This is because MiamiCoin is built on stacks, a crypto project that allows users to stake their tokens and receive rewards for keeping the system running.

8/ Mayor Suarez is leading Miami in embracing Bitcoin and crypto.

The project is launching this week, built on Stacks + Bitcoin.

If the experiment works, Miami can have a Bitcoin-yielding treasury, and citizens can trade Miami futures.

“MiamiCoin miners have plenty of opportunities to earn rewards, but the ultimate purpose is to create new applications and use cases built on top of MiamiCoin’s core infrastructure.”

MiamiCoin miners have plenty of opportunities to earn rewards, but the ultimate purpose is to create new applications and use cases built on top of MiamiCoin’s core infrastructure. Learn more here: https://t.co/vvd80XleKt