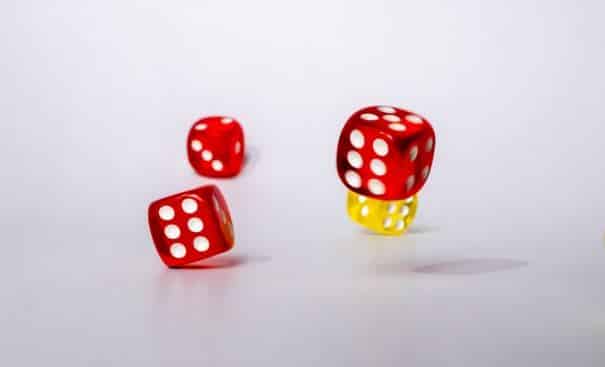 Lark Davis, a popular Youtuber and crypto influencer has mentioned six altcoins that have the potential to rise to the moon in his latest video (Watch Video Below).

Davis has a Youtube following of 466K while his video got above 5k likes, which made us summarize these altcoins for you. According to him, these altcoins were selected based on the big news events recorded recently.

Polygon recently disclosed that its newest member of the Polygon family called Polygon Miden has emerged, and it is Ethereum Virtual Machine compatible. It is a layer 2 scaler solution for Ethereum.

“The Polygon ecosystem continues to expand and move from strength to strength developmentally.”

Polygon also announced a partnership with OxPolygon to Advance DeFi on Bitcoin. Davis expects these initiatives to have a considerable influence on its price.

Sandbox has opened for its Metaverse, so for a limited time, players can play 18 different games as part of the SandBox Alpha release.

“This is super exciting and it just speaks to the wider potential of the metaverse asset. Sandbox is a success and will continue to be successful.”

“Holoride is one of the best cryptos with potential. Its project is incredible as it is turning vehicles into moving parts.”

Its sale is coming, and according to Davis, it would be influenced by hype considering the hype surrounding Metaverse, gaming, and Elrond. Holoride essentially helps the crossover of augmented reality or “in-car entertainment”. They are working with some of the largest car brands like Porsche to make this a reality as cars in the future are expected to be equipped with Virtual Reality to entertain kids and drivers.

Injective protocol, according to Lark Davis, may record an insane price surge following the recent report that it has been awarded a $120 million incentive program. This will get traders on their protocol, being one of the largest exchange incentive programs in the crypto industry.

“Every time there is a big incentive program, the price moves along as people chase after the injected money.”

It is worth noting that Injective Protocol is a Decentralized Finance (DeFi) exchange with zero gas fees and other important advantages.

It was recently reported that Acala was won its first Polkadot parachain auction with over 32 million DOT staked. Acala is a massive DeFi player for the Polkadot ecosystem, and this makes the news an incredible one. This development means it is bringing in cross-chain assets. The likes of Bitcoin and Ethereum will now be accessed on the system, as well as other wide range of DeFi products.

Elrond is expected to benefit hugely from the Maiar exchange project.

“If you have been staking your Elrond tokens in the Maiar wallet, then you have airdrop to claim for the Maier exchange token.”

“We are going to see tokens to be traded, farming, Liquidity, and others previously lacking in the Elrond ecosystem.”