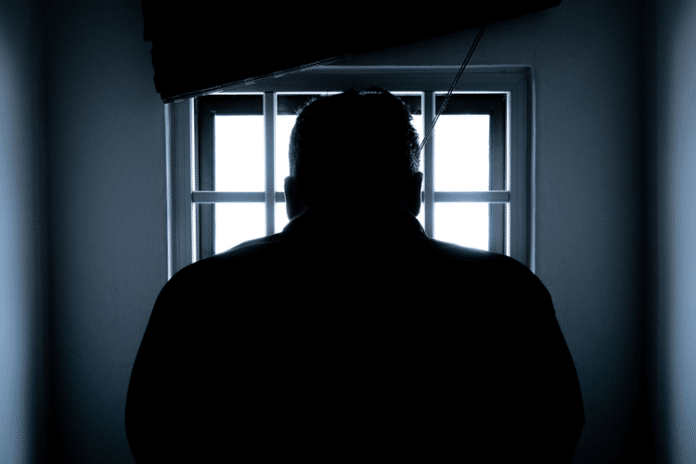 Cryptocurrency investments are risky by their very nature. Trading platforms are not regulated as other financial markets are, meaning that you won’t be able to enjoy the same protections that you would when buying stocks or bonds. And traders aren’t licensed by governmental bodies like the SEC or FINRA.

Cryptocurrency profits can be extremely lucrative for experienced investors. But if you’re considering investing in cryptocurrency, you should be aware that the industry boasts its fair share of conmen and fraudulent schemes.

Recently, a cryptocurrency hedge fund manager who claimed he’d made $90 million in cryptocurrency profits was arrested and sentenced to over seven years in prison. 24 year old Stefan Qin admitted to running Virgil Sigma Fund LP as a Ponzi scheme rather than a hedge fund.

Qin pitched the fund as a high-tech cryptocurrency fund that used a proprietary algorithm to measure and exploit price fluctuations between different cryptocurrency exchanges.

This sort of language and sales pitch is not uncommon for cryptocurrency scammers to use in order to entice new investors, and after just a year in business Qin fraudulently announced a 500% return on investment for the fund. This exaggerated claim, along with many others, enticed new investors to contribute to the fund, and Qin used much of this capital to finance a lavish lifestyle that included a $28,000 per month apartment rental in Manhattan.

Despite Qin’s claims of cryptocurrency arbitrage and his alluring background as an Australian-educated blockchain whiz, Qin allocated much of the capital he received from investors to various high risk investments. He invested in highly speculative initial coin offerings, all the while spending on expensive luxury items for himself.

Meanwhile, Qin billed Virgil Sigma as a fund that used a low-risk strategy of making Cryptocurrency Arbitrage investments to generate substantial and reliable profits to investors. He claimed that the fund was investing in 39 different global cryptocurrency exchanges, while he was actually using investors’ money to finance his excessive spending habits.

When his friends and family began viewing him as a financial genius, Qin felt that he couldn’t come clean and disappoint them, so he began running the fund as a Ponzi scheme, using new investments to pay old investors back.

According to Crypto Dispensers, many investors are looking to reap the cryptocurrency profits that the current crypto markets make possible, but lack the technical knowledge to trade with confidence. Many of these investors flock to young money managers who may not always have the best ethical compass. In fact, many of the world’s largest cryptocurrency funds are run by managers who understand almost nothing about blockchain technology and software engineering.

Eventually, Qin’s investors became suspicious of the fund after noticing missing assets and unprocessed money transfers. Several investors asked for their money returned. Desperate, Qin attempted to withdraw the capital he needed from another cryptocurrency fund, claiming that he needed it to repay Chinese loan sharks.

That raised the suspicions of another trader, and after Qin was unable to withdraw the funds he needed, he unsuccessfully tried to take over the fund’s accounts. At this point, Qin was already being investigated by the SEC, who closed in on him not long after.

Qin’s fund finally imploded in late 2020, and more than 100 investors were scammed in the process. While the substantial prison time might sound harsh, Qin caused sizable damages to investors and federal sentencing guidelines recommended 15 to 20 years of prison. Luckily for Qin, the US District Judge thought those guidelines too extreme and sentenced him to seven and a half years behind bars.

In total, more than $65 million was lost as a result of the Ponzi scheme, and $5 million was salvaged to return to investors. This means that many investors lost their savings to the scam, a fact that the judge referenced in her sentence. Qin’s attorney asked for a two year imprisonment, but the judge denied this request, citing the damages that many investors incurred due to Qin’s illegal actions in the crypto markets.

In his defense, Qin’s lawyer told the story that led his client to become a criminal, detailing how Qin was bullied in his childhood, which led to a need to prove himself to his community. When his friends and family invested in his fund and it wasn’t performing as he hoped, he engaged in fraud to exaggerate earnings and impress investors. Using crime as a response to a violent upbringing or to bullying is a pattern that is unfortunately not uncommon among offenders.

As part of her justification of the judgment, Judge Valerie Caproni insisted that the sentence must be long enough to deter others from committing similar crimes. Qin’s sentence would have likely been longer had he not willingly returned from South Korea when he learned about the investigation. He also cooperated with federal investigators to recover as much money as possible to return to investors.

Qin’s case is just one of a growing number of scams in the cryptocurrency space that investors should be wary of. An absence of regulation and the soaring price of Bitcoin and other cryptocurrencies has presented lucrative opportunities for scammers and grifters to take advantage of investors.

Among the tricks employed by crypto scammers is to impersonate other prominent figures to procure investments. In fact, the New York Times reports that Elon Musk impersonators have scammed investors out of over $2 million in cryptocurrency.

According to The Federal Trade Commission, investors reported losing almost $82 million in cryptocurrency-related fraud in the fourth quarter of 2020 and first quarter of 2021. That represents over 10 times the amount of losses investors incurred in the same timespan last year. It pays to learn how to take profits from crypto in a safe and legal way as there is much value with today’s trending digital markets.

Investors should not always take fund managers at their word and might even consider hiring independent crypto experts to vet their approach and investment strategies.