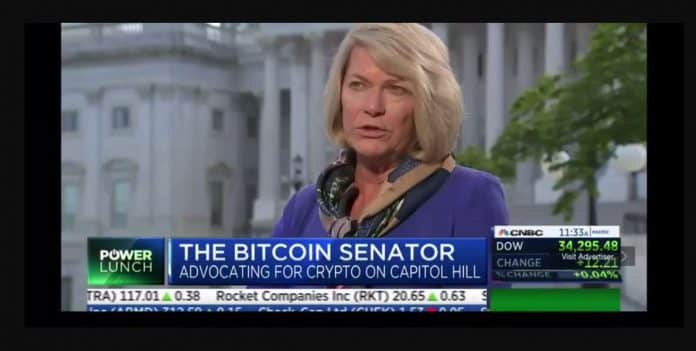 The bill is expected to be introduced in 2022 Bloomberg reports. The bill that is described as “comprehensive” will include a number of issues in it from taxation of digital assets to consumer protection.

Lummis told Bloomberg that the if bill is passed, it will:

“provide regulators with clear guidance on which assets belong to different asset classes, offer protections for consumers, regulate stablecoins, and create a new organization under the joint jurisdiction of the Commodity Futures Trading Commission and the Securities and Exchange Commission to oversee the digital asset market.”

Lummis urged her Twitter followers to appeal to Senators to support the bill. She also noted that she is looking for co-authors who are ready to join the work on the document.

Welcome bipartisan cosponsors! Please encourage your senator to reach out and consider it. https://t.co/ndIfFAkj0L

Cynthia Lummis strongly believes in BTC, recently she said that she keeps bitcoins to secure retirement and urges fellow citizens to follow her example.

While senator Lummis was the one who vowed to keep fighting for a favorable crypto amendment in the Infrastructure Bill, but despite her efforts, President Joe Biden signed the Infrastructure Investment and Jobs Act into law with controversial crypto tax definitions now in the Treasury Department’s hands.