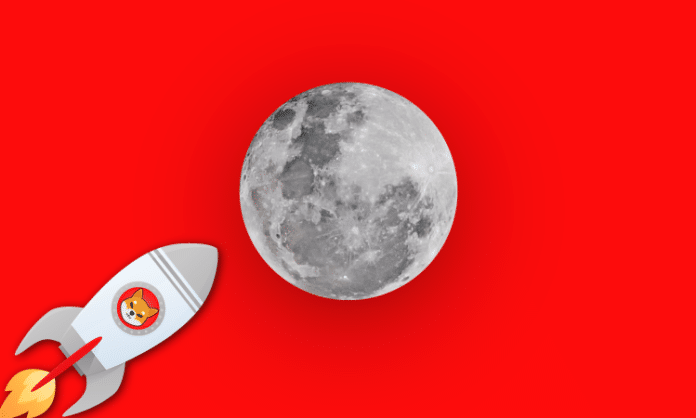 Coin market cap (CMC) has just released its “Top 10 Most Viewed Crypto Coins” list for Europe. The list is released by CMC based on data collected from December 31, 2021, to January 6, 2022.

The data indicates that many European investors are looking to invest in the meme-coins as three of the meme-coins have made their way to secure top positions in the list. Even Ethereum (ETH) has been beaten up by Shiba Inu (SHIB) in searches. Ethereum can be seen in 4th position while SHIB led its way to become the Top 3 most viewed crypto coin in Europe beating ETH.

The other two meme coins in the list include Saitama (SAITAMA), which secures Top 5th position, and Safemoon (SFM) can be seen on the 6th.

Multiverse Capital (MVC), a newly born multichain farming deflation token, remained successful in engaging European investors the most and led to the top position in the list. Bitcoin (BTC) comes on 2nd.

Solana (SOL), Cardano (ADA), Wonderland (TIME), MetaPets (METAPETS) are other coins that can be seen on the list. 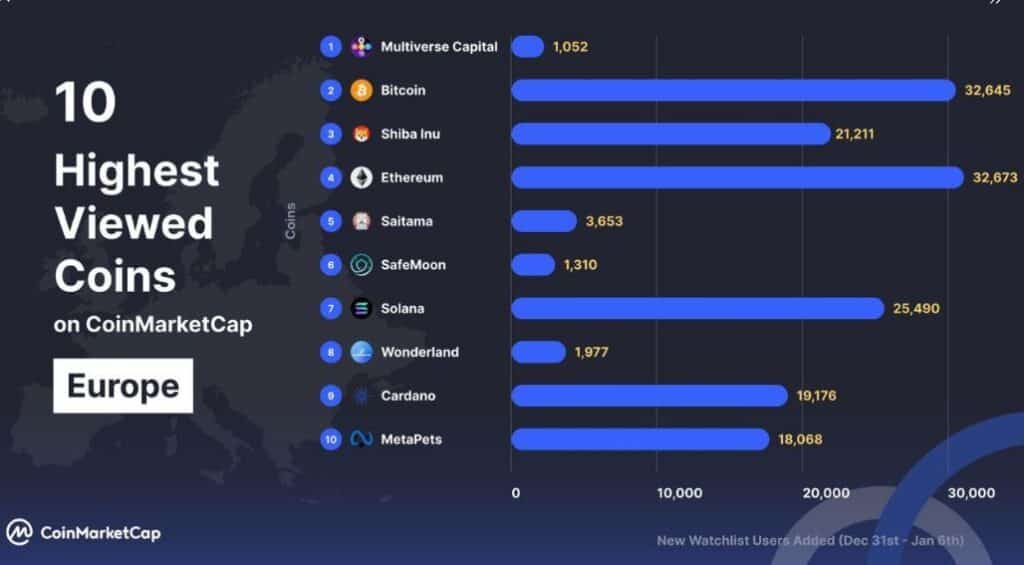 The meme-coins started to gain attention after Elon Musk invested in Dogecoin (DOGE) in February 2021. Seeing Elon Musk’s continuous support for Dogecoin, a new wave of investors rushed to buy Dogecoin, the first-ever meme coin to reach the sky.

During that Bull Run for DOGE, most lucky traders have become millionaires or even billionaires as they have seen some astronomical gains and life-changing payoffs. After that, the crypto traders become accustomed to it and continuously hunt for new places to find insane profits. The list released by CMC demonstrates the fact.

A new wave of investors which entered into the crypto market following Elon Musk’s involvement in the industry is confirmed by the data collected by Crypto.com. According to the data, worldwide crypto investors jumped from 143 million to 221 million during only five months (from February 2021 to June 2021) when Elon Musk was promoting Dogecoin.

Elon Musk has recently provided more strength to the meme-coins by announcing that Dogecoin will be accepted as a legal payment on Tesla’s website for selected merchandise.