Words are circulating everywhere in the Shiba Inu Community that Revolut, a British financial technology company, has added Shiba Inu (SHIB) token to its trading platform.

Revolut is a British financial technology company that offers banking services. Headquartered in London, it was founded in 2015.

However, the company has not officially announced any listing yet. Shiba community became curious as Revolut updated its cover photo on its official Twitter handle. Shiba Inu Dog can be seen sitting on the office chair in front of his laptop in the cover photo. In the background, there is a phrase written on the wall, “Never Settle.”

The company, with the caption, updated the cover photo:

“Meet our newest hire, Chief Pet Officer, Sam. Can you guess what he’ll be announcing today?”

Revolut releases a video teaser in which Shiba Inu Dog is working as a Chief Officer, and he has something to say to the audience.

Our new Chief Pet Officer Sam is here to bark about Revolut Pet Insurance. Watch the video to see Sam at work 🐾

Available to UK customers. Click the link to head to your app https://t.co/d6tOG5nsYz pic.twitter.com/Rm3daXO7ZH

The curiosity went to its peak after Shiba Inu Community members noticed that Shiba could be bought on RevolutApp, considering the app has added Shiba Inu to its platform for trading.

One anonymous SHIB Community member has shared a screenshot from RevolutApp, in which Shib can be seen trading on the App with the option available to Buy Shiba Inu token. 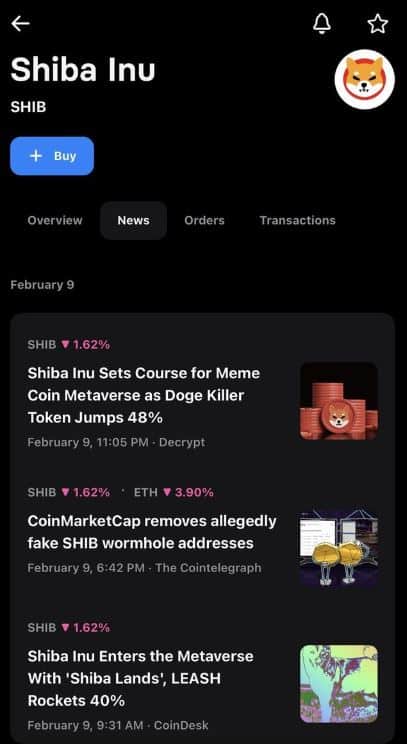 “RevolutApp just tells everyone how much you love $SHIB; we love Sam, your Chief Pet Officer.” In response to the tweet, the lead developer of Shiba Inu token, Shytoshi Kusama, commented: “Agreed.”

On the same thread, another community member named “Alban Hasani” shared a screenshot of RevolutApp where SHIB can be seen as a trading asset on the platform. 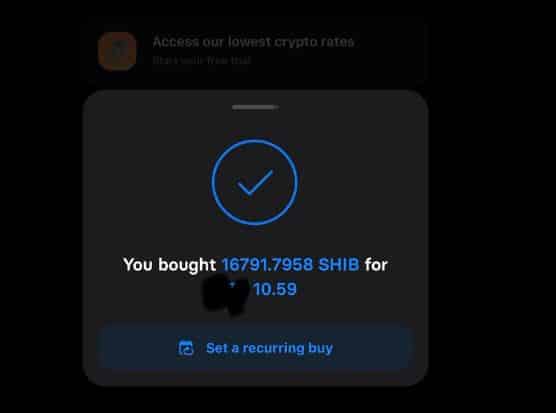 Readers should keep in mind Revolut App hasn’t officially declared any listing on its platform yet. Still, considering the evidence, we may say that Revolut App has added the Shiba Inu token to its trading platform. However, the reason not to declare it officially could be anyone’s guess.

For trading purposes, Shiba Inu has recently been listed on Foxbit, the top Brazilian Exchange with the highest liquidity.