Cardano network is expanding at an instantaneous pace.

The Cardano network currently has over 500 projects being built on it, according to a Linkedin post by IOHK Marketing Director Tim Harrison. 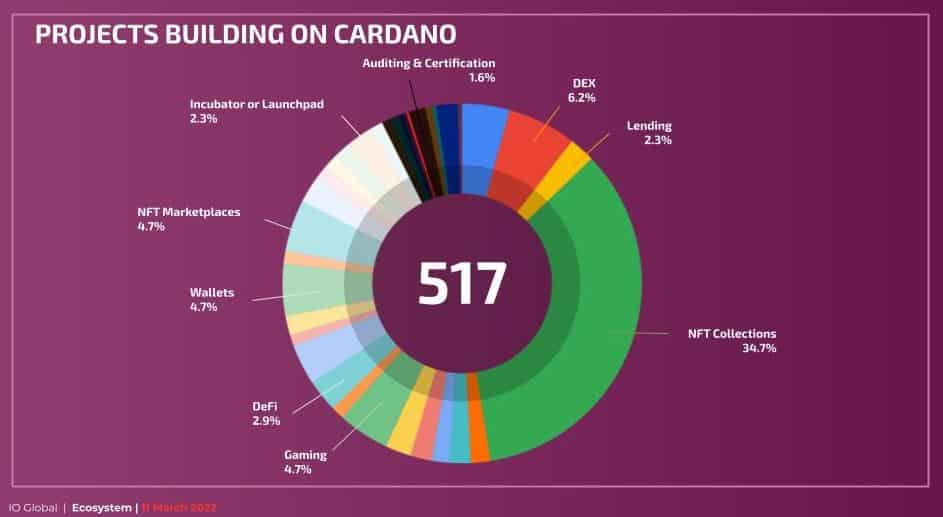 According to TheCryptoBasic’s previous report, there are 26 decentralized exchanges (DEXs) that are being built on Cardano at the moment.

Some of the decentralized exchanges being built on Cardano include ADA Finance, Ray Network, Occam.Fi, YaySwap, Cardax, Matrixswap, and Meowswap.

While a total of 26 decentralized exchanges are still building to officially make their debut on the Cardano network, it is worth noting that six DEXs had initially launched on the blockchain.

As of press time, there are currently six decentralized exchanges that are live on Cardano, including ADAX Pro, MuesliSwap, VyFinance, Meld, and Minswap.

Per data on DeiLlama, Cardano’s TVL is currently around $187.59 million in USD, with the volume surging from the $822,261 recorded at the beginning of the year.  Despite Cardano’s total value locked surging above 194x since January 2022, Charles Hoskinson, CEO, and founder of the blockchain network has described the growth as the tip of the iceberg.