Active Addresses Show That Polygon is Now Among The Top 3 Blockchain Networks.

There are indications that the Polygon blockchain has broken into the top three. This was shown by blockchain data on Nansen. 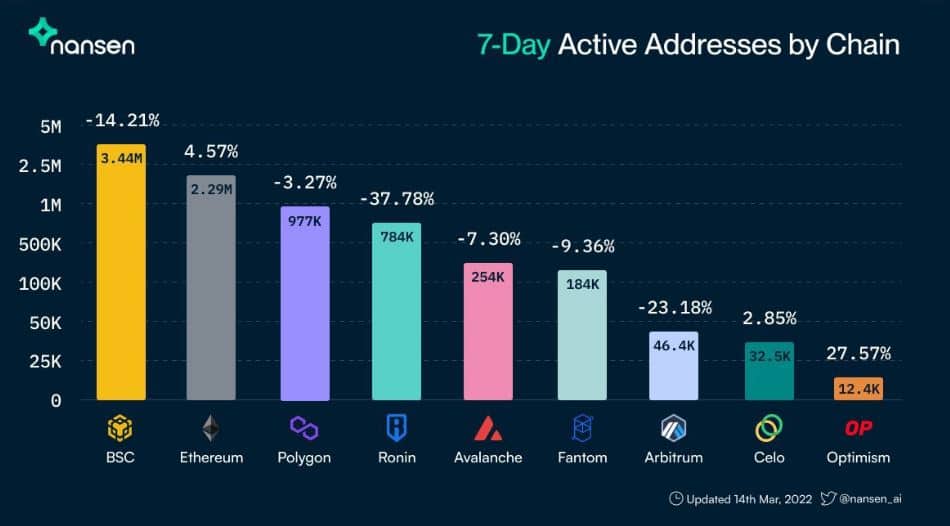 Analysis from the chart shows that only two other blockchains, the Binance Smart Chain and Ethereum have more active addresses than Polygon.

Other blockchains that are in the top league in terms of high activity are Ronin, Avalanche, and Fantom, which are in the fourth, fifth, and sixth positions respectively.

What can be observed from the data provided by Nansen is that the Binance Smart Chain has been the most active in the past 7 days with 3.44 million active users.

Observing the trend are saying that the Polygon network may be a game-changer in the industry. The popularity of the chain has not surprised many users considering that it is a low fee network that has saved users millions of dollars in gas fees.

Nigerians Can Now Pay Their Utility Bills With Bitcoin

Nigerians Can Now Pay Their Utility Bills With Bitcoin