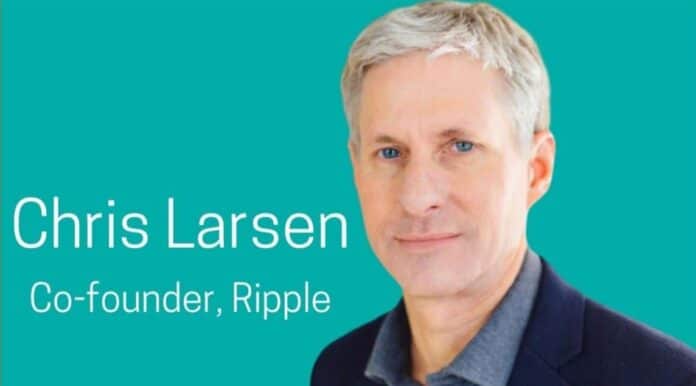 Following the widespread scrutiny of Bitcoin mining operations on the global climate, Ripple’s co-founder Chris Larsen has committed $5 million to run a new campaign that will change the method of producing new BTC.

Bloomberg reports today that Larsen will collaborate with climate activist Greenspace, in order to run a new campaign dubbed “Change the Code, Not the Climate.”

“If I was concerned about Bitcoin as a competitor, probably the best thing I could do is let it continue on this path,” Larsen said. “This is just an unsustainable path.”

Change from PoW to PoS:

The new initiative is designed to pressure the Bitcoin community, especially developers, to alter the way the network processes transactions using less energy, which Larsen believes can be done via a soft or hard fork.

“Bitcoin’s power consumption issue could be fixed via a soft or a hard fork — both changing the network’s code to make Bitcoin less power-hungry.”

Notably, Bitcoin developers can also choose to transition the network from a Proof-of-Work (PoW) model to a Proof-of-Stake (PoS) consensus.

Per the report, the funds provided by Larsen will be used to buy ad spaces across leading media outlets globally and will commence publication by next month.

Aside from the ad publication on media outlets, other climate activist groups are also collaborating on the initiative as they have begun mobilizing their members to embark on more intense grassroots efforts.

Cryptocurrency mining has received widespread scrutiny over the years because of the massive energy required to conduct the activity.

The scrutiny has prompted the world’s second-largest cryptocurrency Ethereum (ETH), which was originally built on the PoW algorithm, to launch significant efforts toward transitioning to a PoS model.

“Now with Ethereum changing, Bitcoin really is the outlier. Some of the newer protocols — Solana, Cardano — are built on low energy.”

Larsen, who owns both Bitcoin and Ethereum, noted that he wants to see both cryptocurrencies succeed.

In recent times, Bitcoin mining operations are being clamped down on by authorities who once provided shelter for the activity.

The operation, which usually receives a friendly welcome to cities at its initial stage, is usually clamped down on by the authorities, due to its massive energy consumption.

At the moment, researchers argue that Bitcoin mining operations globally consume as much energy as Sweden, with many campaigns launched by concerned groups across various parts of the world targeted to drive Bitcoin miners out of their cities.

China took stringent measures to end crypto-related activities last year, clamping down on Bitcoin miners who have continued to create a negative environmental impact in the country.