StreamCoin and MeiTalk Wrap Up WLSC With Overwhelming Interest From Investors 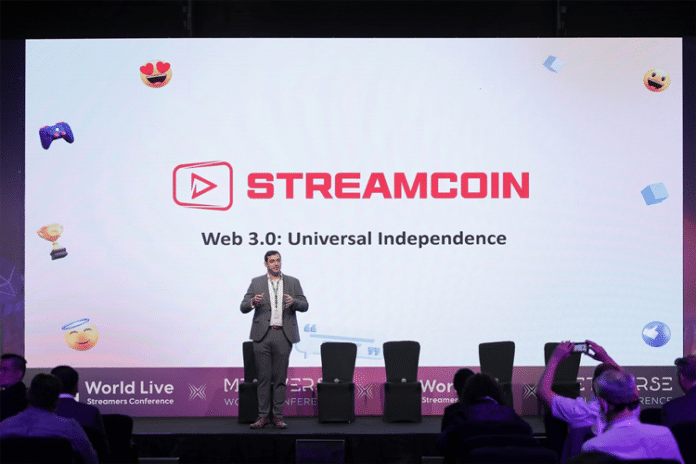 The end of the World Live Streamers Conference (WLSC) on March 26, 2022, marked a major turning point for StreamCoin and MeiTalk. The company was able to hit its goals during this two-day conference. Organized by TNC Group at the Festival Arena, Dubai, UAE, WLSC had over 30,000 attendees, some of which attended virtually.

The StreamCoin booth was the highlight of the conference. Both MeiTalk and StreamCoin booths were visited by influencers, investors, and attendees interested in Web 3.0 innovations. The StreamCoin team fascinated visitors with the platform’s progressive vision and technology meanwhile, many were captivated by the Stream NFT marketplace.

Visitors not only got the opportunity to try out MeiTalk’s multi-streaming function but they also tried NFT minting via the Stream NFT marketplace. This was as a result of major events of the conference being multi-streamed on YouTube, Instagram, and Twitch. The team also disclosed many of the upcoming developments within the project such as Stream Chain (Mainnet 1.0 and 2.0) and GaStream (GSTRM).

StreamCoin CEO Michael Ein Chaybeh actively engaged with the crowd in the conference. Michael formally welcomed investors and attendees to the WLSC. Additionally, he launched the MeiTalk Alpha version.

Furthermore, during Michael’s keynote, he announced various features of the MeiTalk platform and how it will be the first multi-streaming platform to introduce the StreamCoin ecosystem. Moreover, Michael discussed with many of the influencers that StreamCoin and MeiTalk intend to cater to content creators by offering them full control over their content.

Michael thanked those who visited StreamCoin and MeiTalk booths:

“On behalf of the entire StreamCoin team, I would like to thank everyone for the generous support that you have given to us. The amount of appreciation that we have been receiving from our visitors – not to mention the invitations for partnerships from other companies and investors – bears testament to the success of our efforts to pave the way for the future of live streaming.”

Michael was also interviewed by several media companies such as Corum8 and CoinQuora, which the company viewed as a gesture of interest in its recent developments and upcoming plans.

Additionally, StreamCoin had a separate entertainment area where visitors could play a StreamCoin VR game. 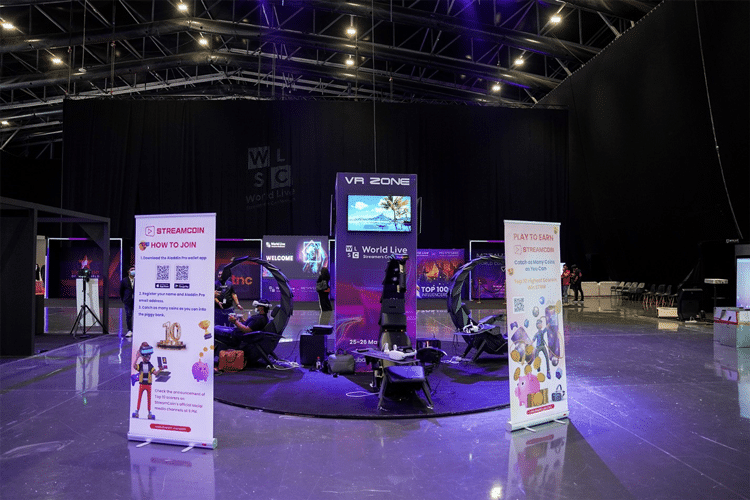 The first day of the conference concluded with the MeiTalk Top 100 Influencer Awards. This was where 100 of most notable influencers received an accolade from StreamCoin and TNC Group.

The second day concluded with the Miss SuperTalent of The World 2022 Grand Finale organized by TNC Group. Beautiful and talented women who represented their respective countries participated in the beauty pageant. Prior to the competition, they were seen inquiring about StreamCoin and MeiTalk as well.

The conference ended with Michael thanking TNC Group for organizing the event which provided the opportunity for companies like StreamCoin and MeiTalk to connect with current and potential investors.

Currently, StreamCoin is in its third phase of the ICO which is scheduled to end on April 30, 2022.