The Rise and Success of BitForex Turbo Launchpad

The crypto market has iteratively progressed and matured to become a secure place for new entrants and investors. Previously, Initial Coin Offerings (ICOs) were hosted to raise funds privately as opposed to on a cryptocurrency exchange. This invited scams and Ponzi schemes to the space. Although ICOs were beneficial for new projects, the room for scams soon led them out of business and popularized methods that involved credible bitcoin exchanges.

Popularization of IEOs and INOs

After the quick downfall of ICOs, projects started to raise funds through centralized cryptocurrency exchanges. This method ensured that the crypto project would be listed on an exchange after the whole development procedure. Apart from that, the barrier to entry is also high due to the fact that these IEOs require an extensive screening process for each project signing up for the offering. This mutually beneficial partnership of the exchange and project results in the following advantages for the users:

Since these IEOs benefit the exchanges through listing fees and percentage benefits, these partnerships gathered popularity very soon. Projects like BitTorrent and Matic also entered the market through these offering processes.

Keeping up with the latest trends, the crypto market has also adopted the concept of INOs. This basically is the concept of gathering funds by offering NFTs as opposed to tokens pre-launch. These NFTs are limited edition tokens offered by the project in order to provide value for the customers as well as raise funds for themselves. This concept, however, is relatively new for most cryptocurrency exchanges and only a few have adopted this in their launchpads. However, due to the ease and convenience for both, the exchange and the project, INOs have swiftly gained popularity as the next big thing after IEOs.

BitForex, the world`s leading one-stop digital asset trading platform, has recently launched its “Turbo Launchpad“. This launchpad currently hosts IEOs and INOs for upcoming projects to help them raise funds before their launch. Not only does this launchpad help projects raise their desired amount but it also provides full advisory service for the projects to grow and increase adoption in the future.

BitForex itself is a well-reputed exchange with over a billion dollars in everyday cryptocurrency trading volume. Due to this reputation, the customers believe in their scrutiny processes and hence, safely invest in the upcoming projects in high volumes. The prime example of this is the INO of the upcoming play-to-earn game “Puzzle Fantasy”. The launchpad hyped up the INO using their platform and help Puzzle Fantasy sell 2,000 pieces for $200 apiece. This whole INO was sold out in 40 minutes which is an extremely remarkable achievement for an upcoming project. Other successful fundraising campaigns include 8 successful IEOs which not only helped the projects but also drove the price after the launch and the investors also made up to 75x in average returns.

The best way to make big returns in the crypto market is to catch a project early on before the trading volumes go haywire. This can easily be done by keeping a close eye on the upcoming INOs and IEOs of BitForex. BitForex is set to host another INO on their platform for a project called Canaboyz. Canaboyz, like Puzzle Fantasy, is a play-to-earn game that helps the players build a cannabis business empire in a virtual world. The artwork for the game is extremely modern and the game is carefully built to incorporate the play-to-earn system. As was the case with Puzzle Fantasy, Canaboyz is also set to launch their INO on BitForex’s Turbo launchpad soon. This might serve as a huge potential investment for everyone willing to get into the project early.

Launchpads have always been popularized as spaces where new startups can raise funds for their development and growth. There’s another angle to this that actually gives value to investors. In the case of crypto, launchpads have a very low barrier for entry as most projects have very small units to offer as well. These units cost very low and retail investors of any category of investment capital can invest. Since these projects are in their earliest stages, there is huge room for growth and consequently, a potential to make huge returns on small investments. So, as stated before, the best way to make actual money in the crypto space is to keep a close eye on most of the projects listed on a launchpad and invest after research.

BitForex is one of the top cryptocurrency exchanges dedicated to providing users with safe, professional, and convenient digital currency trading services. They are leading the trend of the cryptocurrency exchange industry by effectively providing a wide range of trading tools including spot trading (over 300 trading pairs), margin trading, NFT marketplace, Turbo Launchpad, finance and derivatives. BitForex supports users to trade at multiple devices including web, IOS and Android APP.

Since its inception in 2018, BitForex has grown it user base to over 6 million, with a worldwide presence in over 200 countries. BitForex will not restrict users for any political reasons, users from any country and region can trade freely.

Trade at BitForex, invest in the future. 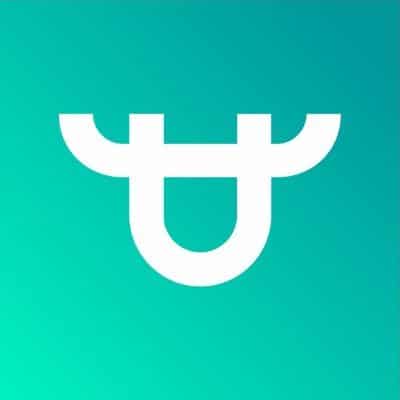 BitForexhttps://www.bitforex.com/
BitForex is one of the leading cryptocurrency exchanges in the world. By providing a wide range of trading products, which includes: spot trading, margin trading, and derivatives. BitForex constantly lanuch new features and products by adapting to the user needs. We work with talents from all over the world.