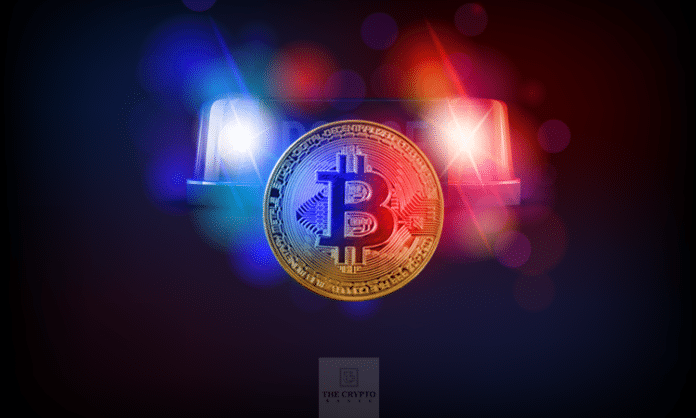 The cryptocurrency market was dealt a major blow in the early hours of today after prices of all digital currencies slumped.  Aside from USDC and USDT, all crypto assets in the top 10 cryptocurrency rankings shredded a huge percentage of their prices.

This week’s upcoming events could largely affect the prices of Bitcoin and other cryptocurrencies, and as such investors are trying to stay safe, which has resulted in massive sell-offs.

Aside from retail investors, investment firms are also exercising caution as they expect massive price swings in cryptocurrencies and other financial instruments like stocks.

Although both cryptocurrencies have gained stability in the last few hours, the slight boost is not enough to recover the losses suffered. Analysts warn a “disaster in the financial markets” could push bitcoin under $30,000.

At the time of writing this line, the global cryptocurrency market is down 3.8% and it is currently worth below $2 trillion.

This year has ushered in a lot of drama in the crypto space, with the bulls and bears battling out who would take control of the market.

According to Forbes, the massive dip in the cryptocurrency market comes as investors prepare for the publication of several investment firms’ earning reports.

On the other hand, investors are also eager to get opinions from the Federal Reserve about its move to curtail rising inflation.

With investors eager to know the outcomes of numerous events, several crypto analysts have shared their concerns. Eric Andersen, Chief Strategic at Standard Chartered told Forbes that his firm is worried about “a summer of turbulence and volatility.”

While many traders believe the financial crisis could worsen to the point that the apex cryptocurrency by market cap would plunge further below $30,000, Alex Kuptsikevich, FxPro senior market analyst said that would only happen when there is a major financial crisis, adding:

“If the bulls capitulate, the first cryptocurrency could be pushed into the $32,000 to $35,000 range without much resistance.”

We are increasingly concerned about a summer of turbulence and volatility, A consolidation scenario below $30,000 would require an absolute disaster in the financial markets,” added Kuptsikevich

Meanwhile, Mike Novogratz, founder of Galaxy Digital, is confident that BTC would trade above $30,000 by year-end, as he made a $1 million bet with Bitcoin critic Peter Schiff.