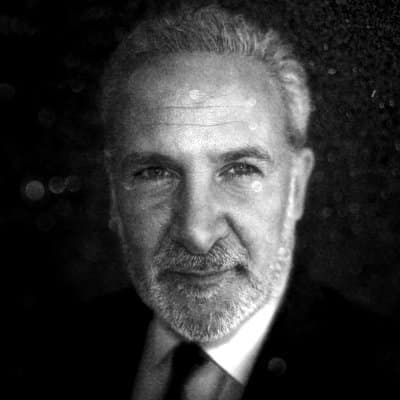 LUNA’s fall from glory in the past few days is causing many to reconsider whether “buying the dip” is the best trading strategy, as Peter Schiff shares his view.

The popular notion in the cryptocurrency market that price crashes present an opportunity for people who did not join the crypto bandwagon early did not seem to apply to Terra (LUNA).

One known trading strategy in the crypto space is that people should take advantage of a market crash and buy financial instruments when their prices are low.

Schiff Says Buying the Dip Is Not the Best

Peter Schiff, the popular gold proponent, stated on Twitter why cryptocurrency investors should not always buy the dip, as he cited the LUNA case.

“Yesterday, Luna was down 98%. If you bought that dip thinking the crash created a great buying opportunity, you lost 99.3% today,” the American businessman said, adding that the LUNA story can happen to any digital currency.

Terra #Luna provides a perfect example of why you shouldn't always "buy the dip." Yesterday Luna was down 98%. If you bought that dip thinking the crash created a great buying opportunity you lost 99.3% today. This can happen to any crypto. It's time to drop #Bitcoin & buy #gold!

A few hours later, Schiff added that the cryptocurrency was down another 50% from the price it traded when he made the first tweet. At the time of writing, LUNA is trading around $0.00002285 across major exchanges.

The “buy the dip” strategy did not turn out well for people who took risks with LUNA, a cryptocurrency that was in the top ten spot, a week ago.

The cryptocurrency has shredded every form of its gains since the Terra team announced in March that it would be buying Bitcoin (BTC) as a reserve asset for the TerraUSD (UST) stablecoins.

The cryptocurrency, which traded above $80 for most of last week, was tipped to reclaim its $100 price level in a few days. However, all that dispersed in the wind following a lack of trust by investors in the LUNA team in relation to its BTC backing for the UST stable coin.

At press time, LUNA is currently the 1,070th coin in the Coingecko global cryptocurrency rankings, a long way from the eighth position it sat a week ago.

On Monday, LUNA recorded a high of above $65. Still, as news surrounding UST circulated on the internet, its price began to decline rapidly each day that passed, with more investors prepared to take the risk and grab some LUNA coins.

The cryptocurrency that was trading around $65 on Monday flattened to an all-time low of $0.0000009 earlier today.

The unfortunate incident suggests that “Buying the Dip” is not always the best trading strategy, as what you thought may be presenting an opportunity could leave you in serious losses.

Mixed reactions have trailed the LUNA situation, with non-crypto enthusiasts saying people deserve what they get for not being financially educated enough not to invest in cryptocurrencies.

However, crypto enthusiasts have expressed their sympathy for people who recorded groundbreaking losses by investing in LUNA.

Yesterday, Shiba Inu’s lead developer was forced to share a story about his life while urging the cryptocurrency not to think about committing suicide because of the losses they have suffered in the past few days.

Meanwhile, attorney John Deaton, the lawyer representing 65,000 Ripple (XRP) investors in the ongoing lawsuit between Ripple and the Securities and Exchange Commission (SEC), noted that making fun of people who invested in LUNA is “shameful.”

He recounted XRP investors’ ordeal when the SEC charged Ripple for conducting an unregistered security offering in the United States.

“If you’re an #XRPHolder, I’m sure you recall those that celebrated your loss. Just now, I learned eight people had taken their lives over the shame and terror of losing it all,” attorney Deaton said.

But cheering or celebrating or making fun of the the fact that people lost everything is shameful. If you’re an #XRPHolder I’m sure you recall those that celebrated at your loss.

Just now I learned 8 people have taken there life over the shame and terror of losing it all. 💔 https://t.co/WnXJw46cjO