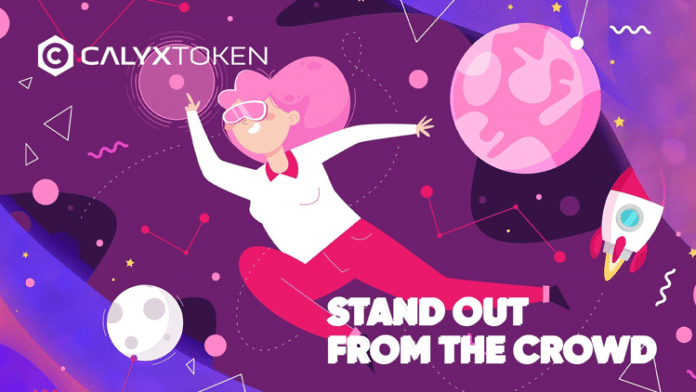 An ongoing prevalence of hacks, attacks, and exploits within the cryptocurrency space highlights the importance of verifying the security and integrity of a protocol when choosing which tokens to purchase.

This article will take a look at three tokens that offer a high level of security, transparency, and protection against attacks: Calyx Token (CLX), Chainlink (LINK), and Aave (AAVE).

Calyx Token (CLX) is a community-driven, decentralized finance (DeFi) ‘permission less liquidity’ protocol. The token itself is a utility token that powers the ecosystem for a decentralized exchange (DEX) called CalyxSwap.

According to the project’s whitepaper, Calyx Token (CLX) was “designed and developed on the foundation of three pillars, i.e. security, transparency, and decentralization.”. As a result, DEXs like CalyxSwap offer a high level of security to traders and liquidity providers, and all transactions are peer-to-peer.

Calyx Token (CLX) is currently undergoing a code audit with respected blockchain and Web3 security company CertiK, which is performing a comprehensive review of the security and integrity of the protocol’s code.

Long-term investment prospects are protected with a token burning mechanism and the CLX treasury, which will secure the long-term growth of the ecosystem, network, and an active developer community.

Aave (AAVE) and The Transparency of Open Sourcing

Aave (AAVE) is the utility and governance token for the DeFi liquidity protocol of the same name and has built a large community and offers high yield returns to those who stake crypto on the Aave platform.

Founded in 2017 as Ethland and changing its name to Aave the following year, Aave (AAVE) has had several evolutionary upgrades since launching and has been audited many times. The current release of Aave is called ‘Aave v3’, and this version was reviewed in 2022 by Certora, OpenZeppelin, Trail of Bits, Sigma Prime Peck Shield and ABDK.

The Aave (AAVE) code is also publicly verifiable as the code has been released as ‘open source’, anybody can view and download the code which powers the platform.

Chainlink (LINK) is not itself a DeFi project. It’s an open-source blockchain network where the nodes perform the role of data providers (or ‘oracles’). These oracles act as a decentralised intermediary and are called upon by smart contracts to provide reliable, verifiable, and tamper-proof data from off-chain.

The role of Chainlink (LINK) is to help other protocols source secure, accurate, and verifiable data for use on their networks and can be found in many leading DeFi projects. For example, DeFi protocols like Aave (AAVE) depend on Chainlink oracles to provide important information to their networks, such as up-to-date cryptocurrency token prices.

Suppose a vulnerability is discovered on the Chainlink (LINK) network. In that case, users are incentivized to submit their findings directly to the team through the bug bounty program with the offer of a financial reward. The amount paid is proportionate to the importance or threat that the bug would pose to the network if left undiscovered/unresolved.

So be sure to choose your tokens carefully and ensure they prioritize security, transparency, and integrity.

How long will crypto winter last? That is the question on the lips of every crypto participant right now. Many newbies are scared at...
Read more
Press Release

The words decentralized finance and game, these two industries have been combined together and from this combination the GameFi sector was birthed. For many...
Read more
Press Release

Identifying The Top Crypto From The Available Options

Cryptocurrencies have captured the market in a concise duration of time. The traditional markets like real estate and the stock markets took years to...
Read more