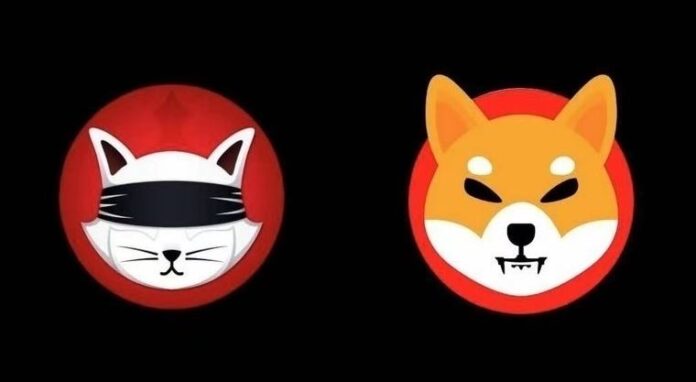 The team has provided the necessary details about its trending reward token RYOSHI.

Following the distribution of rewards to Shiba Inu holders who participated in the official SHIB burn portal, the project team has explained everything the community needs to know about its reward token Ryoshi Vision (RYOSHI).

Named after the pseudonymous founder of the Shiba Inu project, RYOSHI was created on August 7, 2021, as part of efforts to reward members of the community.

The press release highlights three objectives of RYOSHI, which includes:

“Creating community-based initiatives and projects into utilities aligned with their core values, Incentivizing holders through deflationary tokenomics and built-in burn mechanism, as well as. encouraging the community to vote and take part in the project’s decision making (DAO).”

Unlike other cryptocurrencies that conduct presale or Initial Coin Offering (ICO) to raise funds, the ERC-20 token made its debut via a fair launch.

With the Shiba Inu team focused on rewarding members of the SHIBArmy, investors are rewarded based on their activities on the project.

To accomplish this feat, 1% of all RYOSHI transactions are distributed to xSHIB holders. Similarly, the developer used deflationary techniques to ensure the token steadily increases in value in the long term.

According to the Shiba Inu team, at least 1% is deducted for every transaction, including buy, sell, and swap, which is burnt out of the supply forever.

“RYOSHI provides passive earnings to everyone by distributing 1% of all transactions to xSHIB holders staked on Shibaswap. Another 1% of every buy, sell or transfer transaction is deducted and burned to the $SHIB wallet address forever. To guarantee an ever-increasing price floor, the $RYOSHI token is deflationary in nature by default.”

Notably, the team also noted that it burnt half of RYOSHI’s supply during its launch last year to further bolster its value.

It is noteworthy that the Shiba Inu team burnt 100% of RYOSHI tokens, which made the cryptocurrency safe to invest in. Aside from this move, 50% of RYOSHI’s circulating supply was also burnt to SHIB during the token’s launch last year.

Per the announcement, the wallet where burnt RYOSHI tokens are sent now holds more than 50% of Ryoshi Vision’s total supply.

Meanwhile, the cryptocurrency is designed to mitigate the impact of sandwich bots via the use of smart contracts. Notably, RYOSHI’s smart contract is equipped with coded protection to prevent sandwich bots. By this, each wallet is allowed to conduct one transaction in one block, thus making it difficult for whales to manipulate the price of RYOSHI.

Meanwhile, unlike other Shiba Inu native cryptocurrencies, RYOSHI became increasingly popular after the developers of the project announced the distribution of rewards to addresses of users who participated in the burn program.

As reported, participants of the exercise were rewarded with RYOSHI in the form of passive income based on the amount of SHIB they burnt.

However, the Shiba Inu team still went a step further to ensure it protects the value of RYOSHI by deploying techniques to ensure recipients of Ryoshi Vision airdrop do not dump the tokens in the market upon receiving their rewards.

RYOSHI’s value has slumped tremendously in the past week despite the mechanism in place.