According to crypto data aggregator, CoinGecko, BabyDOGE will need at least a 1000% surge in market cap to be able to get to where its elder coin is in terms of market value. 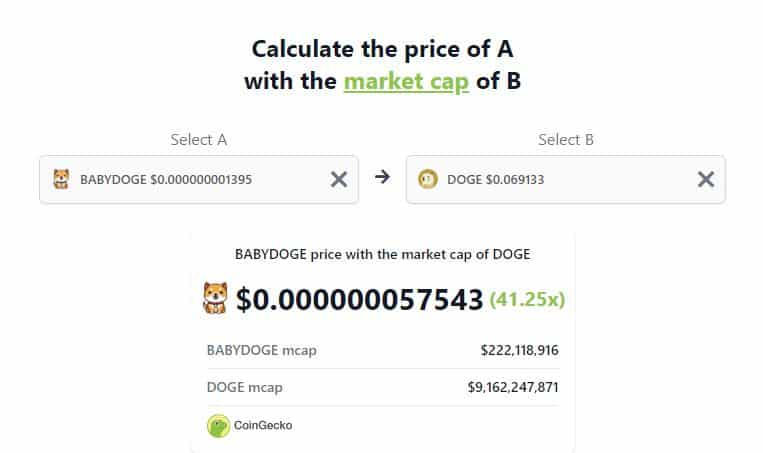 Whereas Shiba Inu will need a surge of about 43% to reach DOGE’s current market capitalization.

Are you team @Shibtoken or @dogecoin? 🐕

In terms of market value, Dogecoin, the biggest meme currency, had a bad month in June. More than 22% of the cryptocurrency’s value was lost in one month, from just over $0.086 to just under $0.067 at the end of the month. The headline statistic, however, hides a large degree of uncertainty.

Dogecoin’s short-and long-term outlooks are both gloomy as the month of July kicks off. The recent rejection of the 50-Day Moving Average and downtrend indicates that the cryptocurrency’s near-term momentum will likely lead it back down to previous lows around $0.05. At the time of writing, DOGE is valued at $0.068999, up 0.4% in the last 24 hours and 5.3% in the past seven days. DOGE market cap is $12,671,391,976.

BabyDoge has 1.4 million Twitter followers, 283K Instagram followers, and 200K Telegram users. This robust community shows BabyDoge might succeed among non-Dogecoin/Shiba Inu meme currencies. BabyDOGE is valued $0.000000001407, up 2% in 24 hours and down 19% in 7 days.