The second concept art of Dunes has been released. 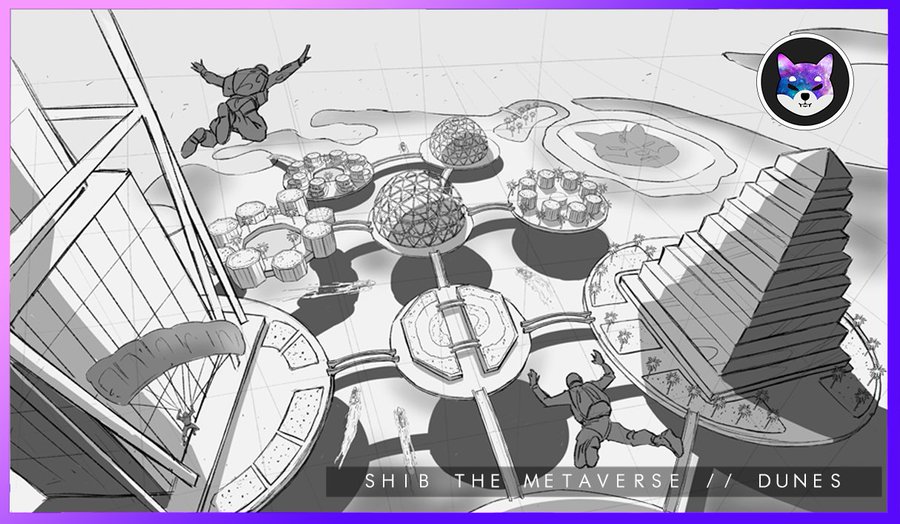 In addition, the flora inspiration for the hub was gotten from Bushels, Camel Thorn Tree, and Nara Melons, among others. The blog post also described the type of effect Dunes hub will have on landowners of SHIB: The Metaverse.

“Picture yourself staring at mounds of sand shaped by wind, while feeling a sensation of heat, while smooth sand particles travel at a near distance welcoming other sand mounds, perhaps with a sense of sheltered areas behind an obstacle,” the blog post read.

It is noteworthy that Shiba Inu has also released the concept art of other SHIB: The Metaverse hubs, such as WAGMI Temple, Rocket Pond, and Canyon.