CoinMarketCap has updated the Terra Luna Classic circulating supply again, showing a better representation of the numbers, according to Classy, a network validator, and community influencer, in a tweet yesterday. 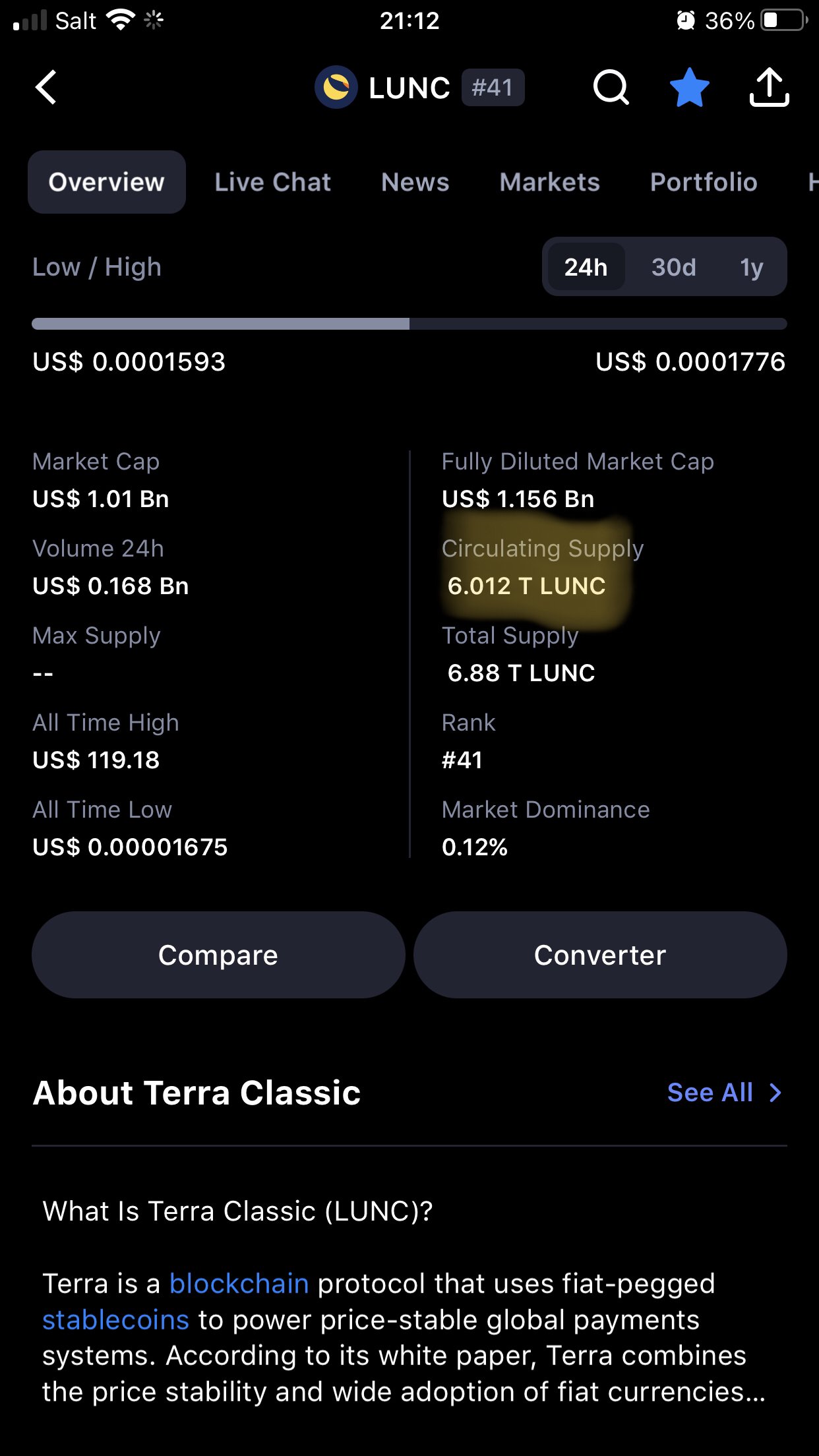 Notably, reXx of the Terra Classic independent development group, the Terra Rebels, also confirmed the updated metrics in a tweet about an hour later.

For those who have been patiently waiting, the #LUNC supply on CMC is officially updated.

The update by the data tracking platform underscores the efforts of the Terra Classic community to rebuild the network and reduce the LUNC supply. It shows the LUNC circulating supply as 6.012 trillion compared to the 6.88 trillion on platforms like CoinGecko.

However, several users still believe that the figures shown by CoinMarketCap still need to be revised, as they think the circulating supply is now below 6 trillion. Notably, the #LUNCPenguins website built by community member StrathCole puts the LUNC circulating supply at 5.68 trillion, while @LUNCBurn_13, an unofficial LUNC burn tracking Twitter account, puts it at $5.96 trillion.

It bears mentioning that at the height of the Terra ecosystem collapse, the de-pegging of TerraClassicUSD led to the minting of LUNC in excess, increasing the supply to about 6.9 trillion. Consequently, the enormous supply tanked the value of LUNC and the holdings of its users.

The community has burned over 27 billion LUNC since it took over the chain with the help of Binance and other supportive groups, as reported by The Crypto Basic. In addition, the re-introduction of staking has seen the staking of over 870 billion tokens, more than 13% of the supply, per a tweet from @LuncStaking_Bot minutes ago, further reducing the circulating supply.