James Filan Says Judge Torres Will Only Unseal Hinman Document If She Relied On It During Her Summary Judgment Ruling.

Since Ripple announced last month that the SEC had surrendered the draft of William Hinman’s 2018 speech, the document has remained sealed. The public, especially XRP holders, has continued to wonder when they will access the controversial document, which the SEC fought relentlessly to prevent defendants from laying hands on them.

Despite surrendering the documents to Ripple, the SEC still wants the drafts of Hinman’s 2018 speech to remain sealed. Hinman relied on the document to declare Bitcoin and Ethereum as non-security. Although he did not talk about XRP during the speech, Ripple believes the agency discussed XRP while the speech was being drafted.

Notably, the SEC and Ripple have officially filed their respective summary judgment reply briefs under seal, and many expect the parties to refer to Hinman’s documents in their replies.

Filan’s Opinion About the Unsealing of Hinman’s Documents

In a tweet today, former federal prosecutor and pro-Ripple lawyer James K. Filan shared his opinion regarding the unsealing of Hinman’s documents and the possibility of seeing the parties reference excerpts of the documents in their respective summary judgment reply briefs.

#XRPCommunity #SECGov v. #Ripple #XRP
I have some thoughts on timing regarding the Hinman documents, the summary judgment motions and the outstanding sealing issues. Rather than typing out a long thread, I've written them in the attached document. pic.twitter.com/Q5sPTCiFL6

Furthermore, Filan also commented on the sealing of other outstanding documents, including expert reports and materials relied on by the parties in their respective motions, among others.

The pro-Ripple lawyer said he also does not think U.S. district judge Analisa Torres will rule on all pending sealing issues soon after “the parties file opposition to omnibus motions to seal on January 9, 2023. The presiding Judge in the Ripple vs. SEC lawsuit will not approach the remainder of the case using that approach.

Judge Torres Will Unseal Documents She Relied On

Per Filan, Judge Torres will only unseal any document, including Hinman’s, depending on whether she relied on it while making her decision on the summary judgment motions.

“If the Judge relies on a document in her decision, that document is [automatically] considered a judicial document, and then it will be disclosed,” Filan said.

He further gave his opinion on how Judge Torres might draft her ruling and unseal documents in the case. The pro-Ripple lawyer noted that Judge Torres would work backward by first drafting the summary judgment ruling and identifying any documents she relied on, including those sealed and redacted.

However, other documents Judge Torres did not rely on in her summary judgment ruling will be subject to debate on whether the documents need to remain sealed, Filan added.

According to Filan, Judge Torres had previously adopted this approach in a Goldman Sachs case, which also had sealing disputes and challenges to the motions for summary judgment.

“When she decided those issues, she did it at the same time, in one ruling. And in a footnote in that ruling, she basically said if it’s discussed here, in my opinion, it is a judicial document, I relied on it, and it will be made public,” Filan said. 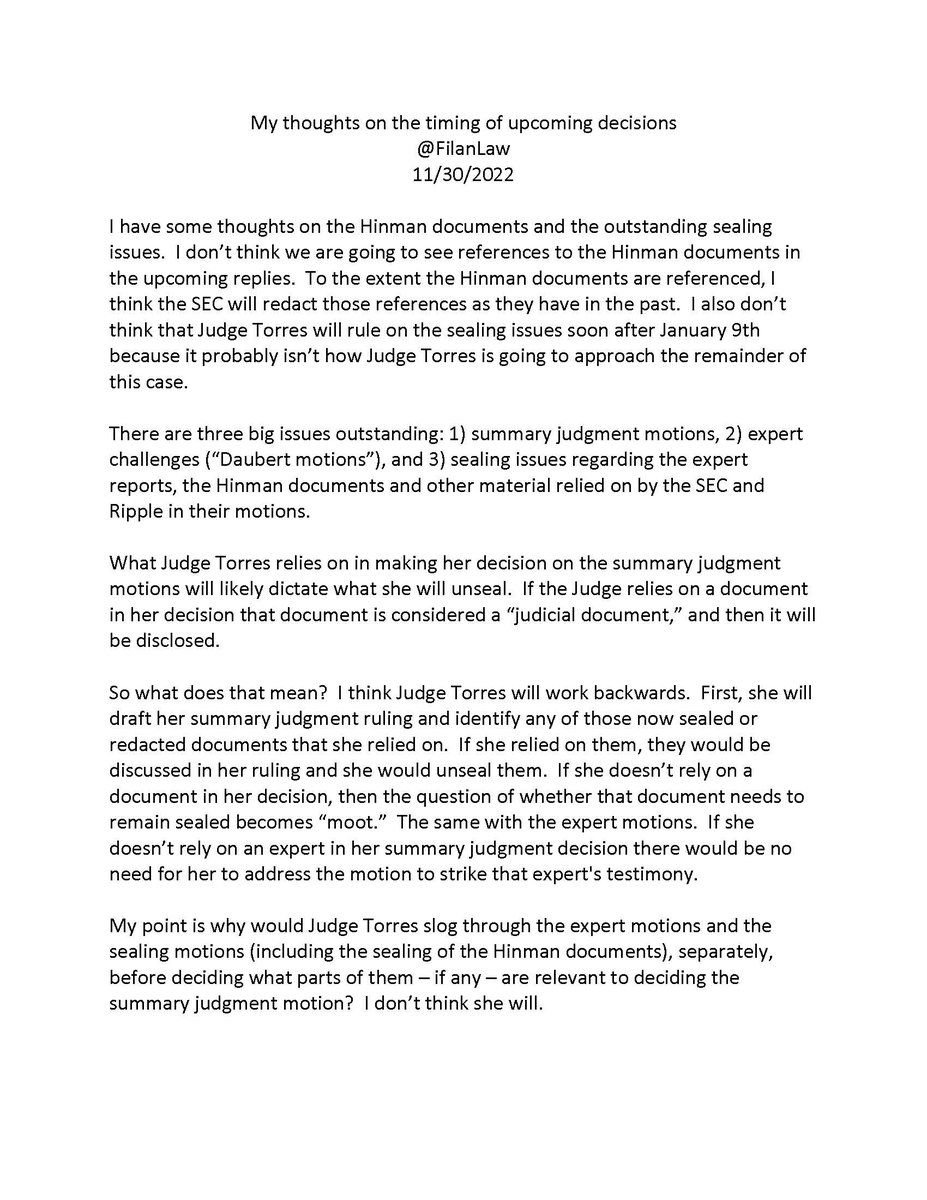 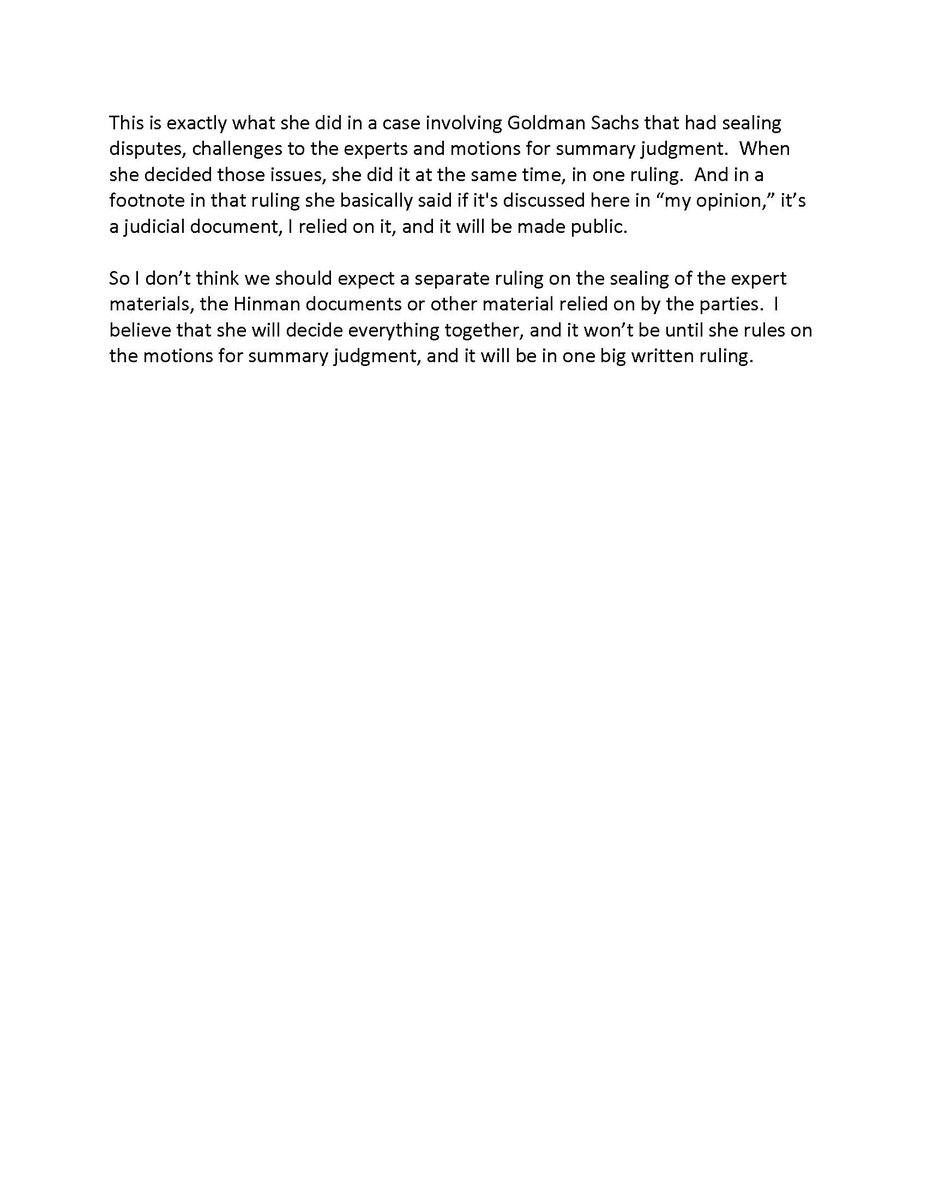