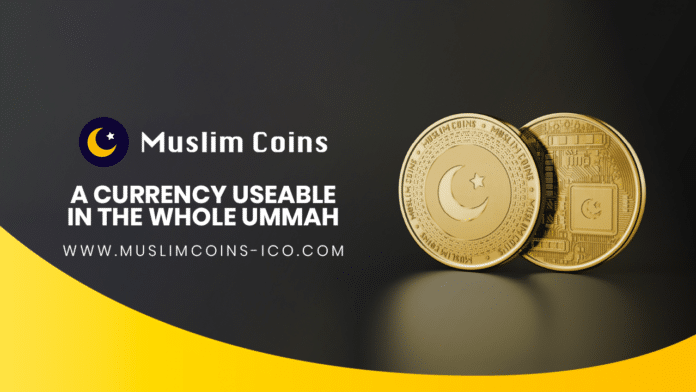 Tallinn , Estonia / October 13, 2021 / Muslim Coins (MUSC) Initial Exchange Offering (IEO) went live on Probit Global exchange on September 30. Its first round ended October 10th and reportedly raised up to half a million. A second round is live as we write. This second round is scheduled to end on October 24th And is offering up to 15% bonuses.  The native token incorporates a zakat system: a 2% tax on every transactions  and all the incoming projects are Islam-compliant. The Muslim Coins would allow people to respect their holy duties just by using them, as MUSC tokens allow to do one’s zakat: the 2% tax on all transactions is converted into classical currency, then reversed to associated charities. That function will also be permitted when the Muslim Coins credit card will be developed, allowing one to make direct zakat while using the card in any condition.

Tokens are currently available for $0.042 USDT via IEO and will be listed at a price of $0.05 USDT. Muslim Coins is a Sharia-compliant financing solution that offers a way for the muslim community to practise their religion while using the digital token. On top of it, the Muslim Coins ecosystem offers some Defi solution for profitable investment.

Islamic financing is a huge sector in itself with a combined value of $4,000 Billion which is twice the national wealth of some of the developed nations such as France. Muslim Coins token means to become the default digital financial tool for nearly 1.8 billion combined muslim population. The Muslim faith works on certain principles and very few digital currencies fall under the parameter of use, thus MUSC tokens can fill that void and bring the Islamic Financing Culture under one decentralized roof.

What Separates Muslim Coins From Other Defi Projects?

Muslim Coins offers a Defi ecosystem like no other with the native token MUSC acting as the main fuel of the network. MUSC token can be universaly-owned and widely accepted across the Muslim countries making it a go-to currency for muslim population across the world. The focus on faith and the economic development of the whole Ummah – the community of Islam in its whole – sets it apart from other defi projects. While Muslim Coins have all the advantages of DeFi ecosystem, it leverages those advantages to unite mulsim fraternity under one financial roof.

The Muslim Coins ecosystem is build on top of the very popular Binance Smart Chain (BSC) making it easily available, accessible and transactions on the network are comparatively faster and chaper. The ICO fundraising is only the first step towards establishing the MUSC token as the digital token of the Ummah. Once the token is listed on various exchanges post the IEO, it would incorporate new financial services to gain more momentum on the market.

To ensure the quality and features of Muslim Coins remain up to the brand, only three projects are being developed at present that include

The Muslim Coins would have a Total Supply of  500 million MUSC  tokens, at a launch price of 0.042 USDT per token. These 500 million tokens are divided into seven expense items:

The first quarter of 2022 would see Muslim Coins complete the development of the digital wallet following which the credit card issuance and cashback programs would begin. By the second quarter of the next year the mobile app that will power the ecosystem will be launched as the token would start trading on numerous exchanges. The whole ecosystem is expected to be up and running by 2022 with the aim of bringing the 1.8 billion muslim community under one digital finance roof and expand the use of MUSC token.