Forbes Editor, Avik Roy Urges US To Accept Bitcoin As BTC Is Rarer, Profitable, Secure And Better Form Of Sound Money Than Gold 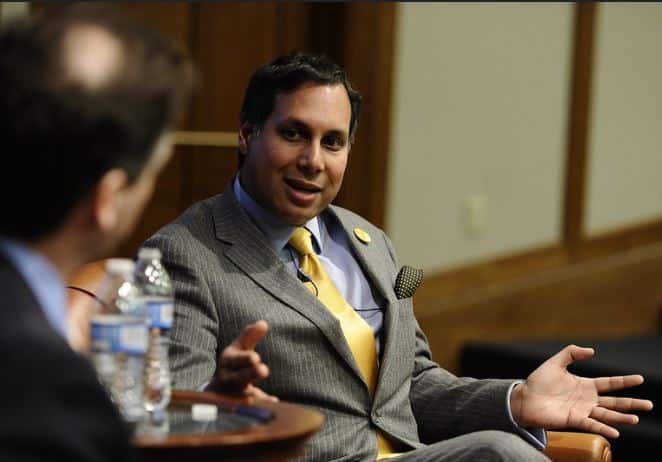 Avik Roy, a political scientist, journalist, and investment analyst, believes that Bitcoin will help the US to counter the inflationary storm and develop a monetary system that could be beneficial.

In his report, the political news editor says it is time for the United States to respond to the ever-changing monetary situation fueled by the devaluation of the USD due to reckless spending and borrowing.

According to Roy, the US can print as many dollars as they want which is the cause of USD devaluation and inflation:

“The U.S. government has a technology, called a printing press…that allows it to produce as many U.S. dollars as it wishes at essentially no cost. By increasing the number of U.S. dollars in circulation…the U.S. government can also reduce the value of a dollar in terms of goods and services, which is equivalent to…inflation.”

Roy predicts that the dollar could weaken against bitcoin in the next 10-20 years because the liquidity of USD will plummet due to the massive adoption of cryptocurrency among private and institutional investors.

According to Roy, legislators and regulators need to make things easier for cryptocurrency companies in the United States. Provide legal clarity on cryptocurrency regulation and stop harassing startups.

He calls on the US Congress to develop clear laws for the cryptocurrency market. Avik Roy believes the US Treasury should replace some of its gold holdings with bitcoins to protect the country from inflation.

He mentioned five points to show that Bitcoin is better than gold as a form of sound money.

“First, bitcoin is rarer than gold. Though gold’s supply increases slowly, it does increase. The global supply of bitcoin, by contrast, is fixed at 21 million and cannot be feasibly altered.

Second, bitcoin is far more portable than gold. Transferring physical gold from one place to another is an onerous process, especially in large quantities. Bitcoin, on the other hand, can be transmitted in any quantity as quickly as an email.

Third, bitcoin is more secure than gold. A single bitcoin address carried on a USB thumb drive could theoretically hold as much value as the U.S. Treasury holds in gold bars — without the need for costly militarized facilities like Fort Knox to keep it safe.

Fourth, bitcoin is a technology. This means that, as developers identify ways to augment its functionality without compromising its core attributes, they can gradually improve the currency over time.

In his opinion, Americans and politicians need to oppose the adoption of state digital currency (CBDC), since it can completely kill crypto innovation. With the introduction of government-controlled central bank digital currencies, the Fed will be able to track all transactions and take advantage of user information.

Bitcoin will allow US citizens to protect themselves from government mistakes. Therefore, the US government must seize this opportunity for national betterment and build the right infrastructure for BTC’s survival.

Recently, US Senator and supporter of cryptocurrencies Cynthia Lummis said that Bitcoin could save Americans from poverty, according to her Bitcoin is great for retirement and long-Term savings. Earlier, former US presidential candidate Andrew Young called for clarification on cryptocurrency regulation. Former intelligence officer Edward Snowden said Government Digital Coins (CBDCs) Are A Conspiracy Against Society, And Will Ransom Our Future.