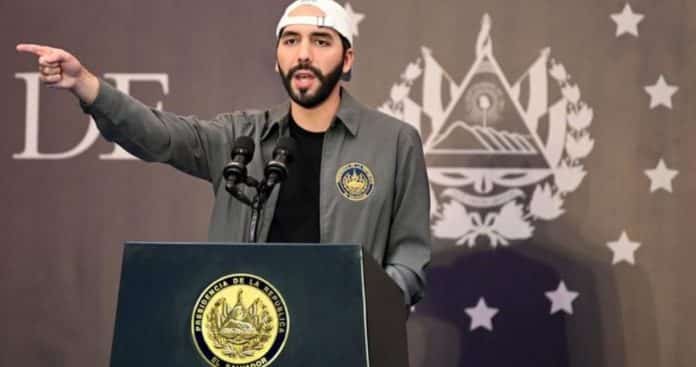 El Salvador’s president Nayib Bukele announced plans to build a ‘Bitcoin City’ at the base of the Conchagua volcano on the country’s eastern coast on Saturday.

The Central American country has inked a partnership with Blockstream and Bitfinex for the new initiative. The country is set to issue $1 billion Bitcoin bonds which are expected to accelerate the adoption of the leading cryptocurrency further.

El Salvador has taken another step forward with its cryptocurrency adoption as President Nayib Bukele announced the launch of Bitcoin City. The initiative was revealed by the country’s leader during the Bitcoin Week conference to celebrate the adoption of the leading digital asset in the country.

The city will be built near the Conchagua volcano to take advantage of geothermal energy to power both the city and Bitcoin mining – the energy-intensive solving of complex mathematical calculations day and night to verify currency transactions.

Bitcoin City will be funded by $1 billion tokenized USD-denominated 10-year bonds and its development will involve prominent digital asset firms including Bitfinex and Blockstream. Bitfinex CTO Paolo Ardoino stated that the crypto exchange will launch a securities platform to hold the Bitcoin bonds for El Salvador’s initiative.

Samson Mow, the chief strategy officer at Blockstream stated that a portion of the invested capital will be taken out of the global circulation. $500 million worth of Bitcoin bonds will be subject to a five-year lock-up period.

We're excited to share our collaboration with the Republic of El Salvador for the #BitcoinBond, an issuance of $1B USD in tokenized bonds on @Liquid_BTC for acquiring #bitcoin and building out energy and mining infrastructure in El Salvador. 🌋⚡️ https://t.co/rDaCDdewSo pic.twitter.com/3VAC6MISSl

President Bukele added that Bitcoin City will become a fully functional city with shopping centers, residential areas, restaurants, an airport, and a central plaza that would look like a BTC symbol from above.

Value-added tax (VAT) would also be collected in the city, as explained by Bukele, which is used to pay the municipality’s bonds and public infrastructure development and maintenance.

El Salvador became the first country in the world to adopt Bitcoin as legal tender in September. However, citizens in the region have been skeptical about the reason behind the adoption of the bellwether cryptocurrency, fueling protests in the country.