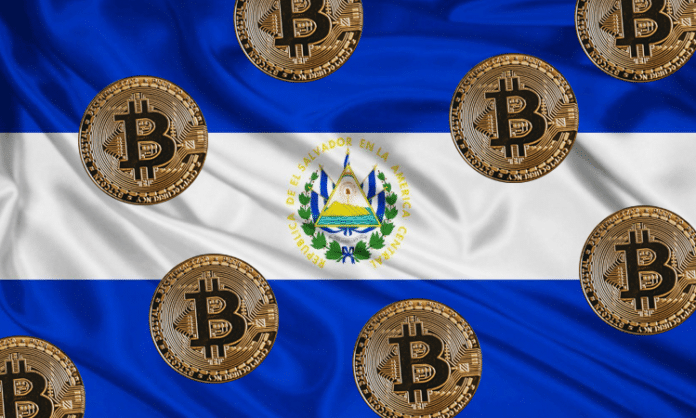 El Salvador has taken advantage of this sell-off and acquired 100 extra coins with a discount.

This news is confirmed by President Bukele’s Tweet on Black Friday, which states: 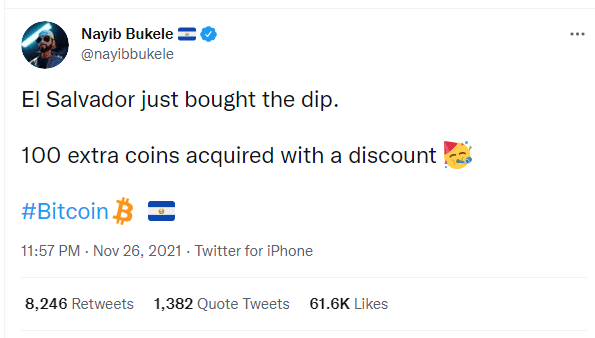 As reports of a new Covid-19 strain spread, tanking the price of many cryptocurrencies, El Salvador bought the dip. The country has added 100 more bitcoins to its treasury despite a recent warning by the International Monetary Fund (IMF), bringing the total number of bitcoins purchased to 1,220.

On Nov. 20, Bukele said that the country is going to build an entire city based on bitcoin, during a presentation at Bitcoin Week in El Salvador.

The discovery of a new coronavirus variant, B.1.1.529, may have weighed on Bitcoin, the world’s largest digital currency, but financial experts expect its value to “double over the next 12 months.”

The fall in Bitcoin value should be seen as a major buying opportunity, said Nigel Green, chief executive and founder of deVere Group.

Bitcoin is often referred to as “digital gold” because like the precious metal it is a medium of exchange, a unit of account, non-sovereign, decentralized, scarce, and a store of value.

Bitcoin is widely regarded as a shield against inflation mainly because of its limited supply, which is not influenced by its price.

- Advertisement -
Facebook
Twitter
Pinterest
WhatsApp
Linkedin
ReddIt
Email
Print
Tumblr
Telegram
Mix
VK
Digg
LINE
Viber
Naver
Previous articleWhales are Excited to Buy the Dips: Most Aggressive Accumulation in Play as 6,770 BTC Added in Whale Wallets in Less Than 2 Weeks
Next articleHere’s Why SHIB Price Has the Potential to Go To The Mars.