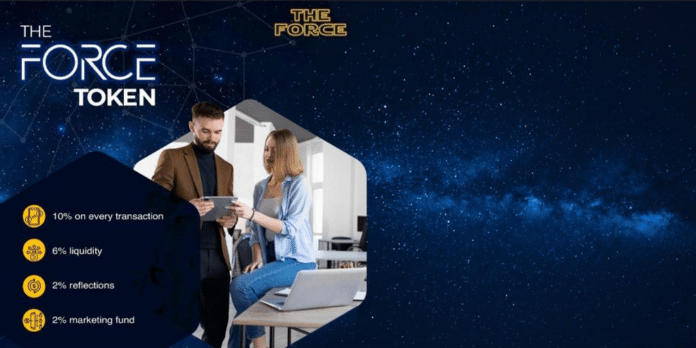 Nevada, United States of America, 10th December 2021 – $JEDI was released in response to the rug pulling of the Death Star token. When the developer had enough with scams, he convened a few crypto traders and began discussing launching a clone. The purpose at the core of this project is a genuine community token, created by and for the people. The group intended to develop a coin with sound tokenomics, healthy distribution, and an honest team.

In essence, the Force is a meme currency that started out as a clone of a previous BSC token. The previous token was stealth launched with early success before the contract was migrated and funds stolen by Darkside developers. The Force wishes to carry on the promise of the original token while accomplishing it with absolute honesty and openness.

Over the first 24 hours, the Force token’s market capitalization increased from $3,000 to $700,000 and found a support level at $25,000. During the course of a single day, the number of holders climbed by more than 200. The impact of FOMO was significant, with the price of JEDI rising to more than 10 times the cost of one bitcoin in a matter of minutes. The Force relied on grassroots, social media posts from community members to do all of the early marketing.

The $JEDI design was created in the telegram chat room by the team. From the logo to the transaction tax, every item was put to the group and voted on. The community started making meme contests that provided the memes. The team then published the validated contract on BSC using the mudra service. One of the most secure and often used methods of creating a bep20 token. Every decision was made in an open, transparent manner, and through consensus. The goal was to come up with the strongest cryptocurrency they could.

When JEDI was created, one of the main goals was to build a currency with wallet limitations, so that vast quantities of coins could not be amassed by “whales.” The token’s intent is to raise awareness of rug pulls, the developers who profit from them, and why it is better to construct a cryptocurrency that is free of fraud. The community subsequently lobbied for a transaction size limit, so that huge wallet wouldn’t be able to dump everything at once. Everyone agreed that the token would need liquidity, which would be provided by imposing a transaction tax. The team also added reflections, for coin holders to be compensated for every transaction. In addition, a marketing fee was included into the design to ensure the token’s long-term viability and sustainability.

Anti-whale measures consist of a 2 percent maximum wallet and a 1 percent maximum order size. Furthermore, the high liquidity ratio assures that the token will not be affected by large drops in value and will continue to ride to the moon. Overall,

The crew added 5 BNB and 98% of the $JEDI supply into pancake swap and fairly launched it into the world. The tokens from the liquidity pool were then sent to the burn address, ensuring that they could never be drained. These steps were taken to give JEDI holders confidence in the project and create a good distribution of supply. A single post on a cryptocurrency message board quickly grew into a telegram group, a Twitter account, a subreddit, and a website, backed by a passionate community of cryptocurrency users and enthusiasts.

In order to earn your trust and faith in them, the Force team pledges to go to whatever lengths necessary for success. This includes valuing JEDI holders’ opinions and using their ideas to help grow the Force project.

Strange tokenomics, a team of seasoned crypto investors, and humorous memes are all part of the package when it comes to this coin. As the newest geek token, it has huge potential and a terrific community that is working to see it take off and reach the stars. By purchasing $JEDI, you will be showing scamming developers that there’s value in running crypto honestly and transparently.