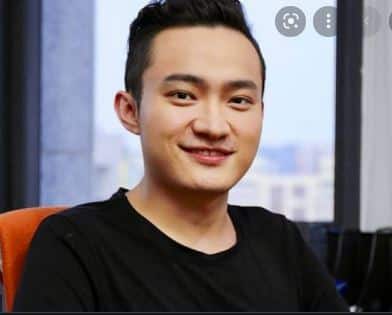 Tron Founder Justin Sun is acting like a crypto whale.

On DEC 29th, there were reports that Sun is depositing a large sum of Ethereum on Binance. According to data, Tron’s CEO has frequently deposited ETH into Binance throughout December 2021, with a total deposit of approximately 165,989 ETH worth almost $592 million.

Data on the chain shows that Justin Sun, the founder of TRON, has frequently deposited ETH into Binance since December, with a total deposit of approximately 165,989 ETH (592 million U.S. dollars). pic.twitter.com/8xKyf8Q72b

That is a huge amount of Ethereum, Question was why Sun is depositing such an amount to the exchange?

Justin Sun came out to demolish all assumptions and disclosed what was the purpose of sending $592M worth of ETH to Binance, saying the transactions were from internal deployment wallets and not for any profit.

“Recently, the internal deployment of wallets has attracted market attention. We continue to be optimistic about the market outlook, and there is no situation that everyone has guessed. Regardless of Ethereum, TRON, and the entire blockchain industry, we are highly optimistic and will continue to build, and everyone will receive more heavy news next!”

Today Wu Blockchain shared some new intriguing insights, disclosing that on Dec 30 and 31, Justin sun received a sum of $110M. He received 50M USDC and $60M in USDT.

$50M USDC was then transferred to the official circle account. The transactions can be seen on:

That $110M received from Binance again raises the question, is he selling his Ethereum holdings on Binance?. He transferred $592M worth of ETH on Binance and in two days received $110M in total, which looks like some profit booking from the Ex Tron CEO.

Recently Sun announced that he is stepping down as TRON CEO because he is preparing is to serve the government of Grenada as its new full-time ambassador to the World Trade Organization.