Home Crypto News Market China Government Officially Include Crypto Mining As An Industry That Should Be...
Crypto NewsMarket 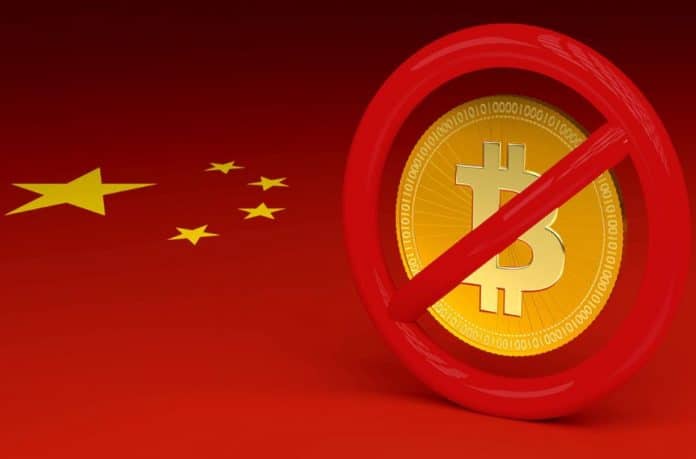 After banning all kinds of crypto activities from trading to mining, The Chinese government officially included cryptocurrency mining as an industry that should be eliminated.

“On January 10, the Chinese government officially included cryptocurrency mining as an industry that should be eliminated. Previously, Hainan Province required a punitive electricity price of about US$0.12 per kilowatt-hour for obsolete industries.”

On January 10, the Chinese government officially included cryptocurrency mining as an industry that should be eliminated. Previously, Hainan Province required an punitive electricity price of about US$0.12 per kilowatt-hour for obsolete industries. https://t.co/y3BfuM6G1y

The People’s Bank of China imposed a ban on all cryptocurrency-related transactions on Sept. 24 last year. China central bank, People Bank of China (PBOC), banned any form of crypto trading, ordering Banks and Payment Providers not to Deal with Crypto-Related Businesses, Including Exchanges, to “prevent and control financial risks.”

As China has strict rules for the outflow of capital, Analysts say the ban is because China fears the proliferation of illicit investments and fundraising. According to Analysts, crypto is a threat to China’s financial controls.

Many analysts think China’s ban on crypto trading and BTC mining is only because they want to introduce their blockchain-based, state-owned Digital Yaun. Digital Yaun will enable China government to monitor each transaction in the way they want to.

China’s cheap power and mining hardware-enabled companies powered almost 80 percent of the global crypto trade. Bloomberg predicted that China will not be able to meet its crypto industry’s needs through renewable energy until 2060 as China relies on polluting coal, lignite, to power some of its mining firms. As crypto-mining consumes a lot of energy and electricity, according to Cambridge University, Bitcoin Electricity Consumption Index, Crypto-mining is expected to use 0.6 percent of the world’s total electricity production in 2021.

Because of such high crypto power demands, China’s restrictions may be because there is a surge in illicit coal extraction and environmental issues that is a severe risk to Beijing’s climate goals.

The crypto mining and trading laws in China perfectly display the attitude of the Chinese authorities towards the crypto market. The steps taken by the authorities are a clear indication that the country wants crypto miners out of the country; in fact, it wants them to leave the market as fast as possible.

In June 2021, The regulatory agencies first told Sichuan Province miners to make sure to screen, clean up, and terminate all mining operations. In addition, the regulator also addressed the electricity companies to stop supplying electricity to crypto mining firms immediately. Local authorities were also banned from approving new mining projects in the region.

Microstrategy CEO Michael Saylor On China Banning BTC And Crypto said that “Nothing Has Created More Wealth In The Past Decade Than Technologies Banned In China.”

You must note a critical point: there is no doubt that China is banning cryptocurrencies and all of their activities like mining, trading, etc., but China is not banning or stopping blockchain. China became the first country to finalize Digital Yuan, completing all the testing phases. In 2021 alone, China’s 17 highest-level government departments announced nearly 180 blockchain innovation projects, most of which are local governments and state-owned enterprises. They apply blockchain technology and have nothing to do with cryptocurrency.