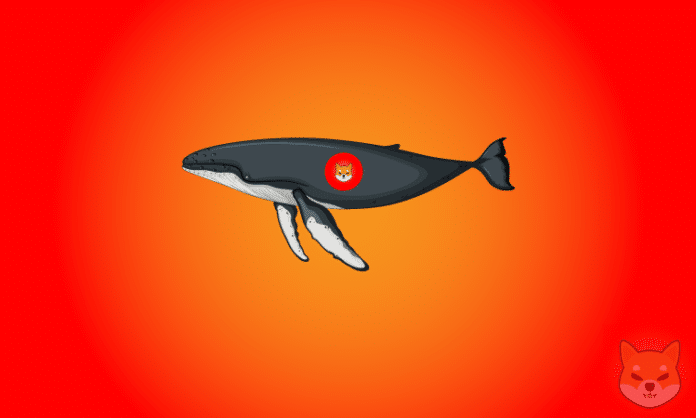 Ethereum (ETH) whales show their hunger for Shiba Inu (SHIB) token as it depreciated more than 32% in a week.

According to the data provided by WhaleStats, SHIB has become the third most purchased token among the top 1000 ETH wallets in the last 24 hours, following Ethereum (ETH) and Tether (USDT).

Among those top 1000 ETH wallets, two Ethereum Whales have aggressively added SHIB to their portfolio. In just 2 hours, both whales have accumulated a total of 3.6 Trillion tokens in 8 transactions. The estimated worth of these tokens comes out to be $73.4M at the time of purchase.

👉 https://t.co/ygtZgb0KTo#SHIB now is most traded token by the top 1000 ETH wallets 🐳 #ShibArmy RT if you always think $SHIB is the King 😉 pic.twitter.com/WBh2VFgd2L

One is known by the name “Trinity,” and another is unknown among these two whales.

We found that this whale has accumulated 177,622 Ethereum (ETH) coins into Trinity wallet. This means she is holding $400,483,200 worth of Ethereum, which makes 82.82% of his total portfolio and appears to be his biggest token holding by dollar value. The 2nd biggest holding appears to be Shiba Inu (SHIB) token. The wallet contains 2 trillion of SHIB at the time of writing and has an estimated worth of $38,575,500. She ate the dip when per SHIB token price was trading at $0.00002 on average. SHIB makes 7.97% of his total portfolio.

Decentraland (MANA) is his 3rd biggest holding, and the balance for the coin appears to be 10,425,639 MANA, whose estimated worth is calculated at $19,791,008. She purchased MANA when the price for the coin was trading at $2 on average.