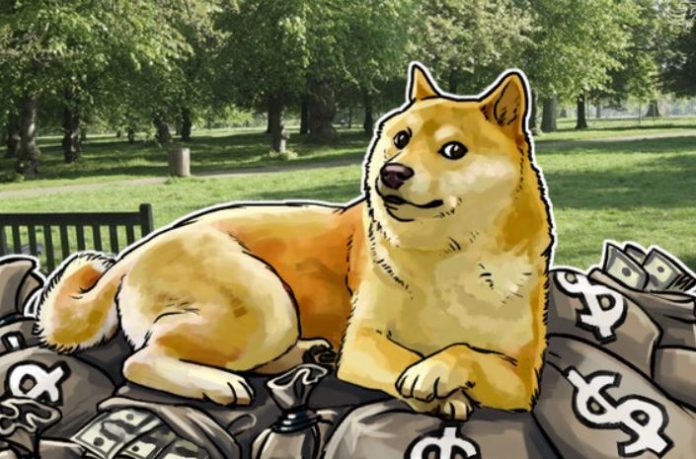 The list of Asia’s top 10 most viewed cryptocurrencies on CoinMarketCap (CMC)  is out, and three meme-tokens made it to the list.

Moonbeam (GLMR) was the third most viewed crypto in Asia on CoinMarketCap, and BNB (BNB) stood below it at the fourth position. On the other hand, Floki Inu (FLOKI) was the fifth most-viewed crypto on the website, while Solana (SOL) took the sixth spot. 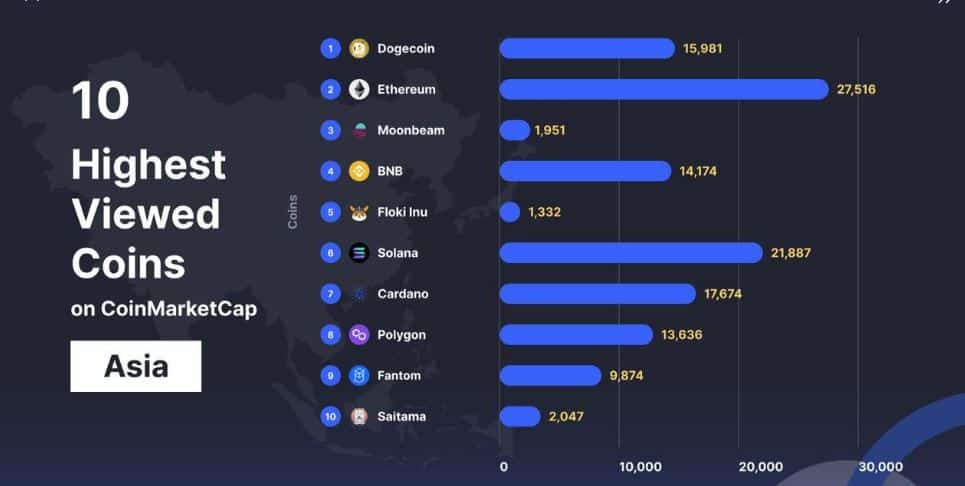 Following is the list of DOGE, FLOKI, and SAITAMA that have taken Asian Investors’ interest in the meme coins during the period.

On January 14, 2022, the father of Dogecoin and CEO of Tesla, Elon Musk, declared the acceptance of Dogecoin as a form of legal payment on Tesla’s website for selected merchandise. Most recently, Elon Musk insisted Mcdonald to accept Dogecoin as a payment.

On January 9, 2022, Floki Inu decided to begin a gradual and phased transition to a DAO following extensive discussions with key and strategic advisors, as well as after a review of data and information from several reliable sources.

On January 8, 2022, The Saitama declared the launch of the SaitaMask wallet, certified by auditing firm CertiK to be “issue free and hacker resistant.”