Data Shows Weak Hands Are Selling Bitcoin At A Loss

Short-term investors who bought bitcoin at $68,000 sold their coins at a loss.

Glassnode analytics company has published a report analyzing the real price distribution by unspent transaction outputs (UTXO) in the Bitcoin network which shows the distribution of coin supply at the price it last moved on-chain. This enables you to determine which investors sold their BTC at a profit and which ones are at a loss. 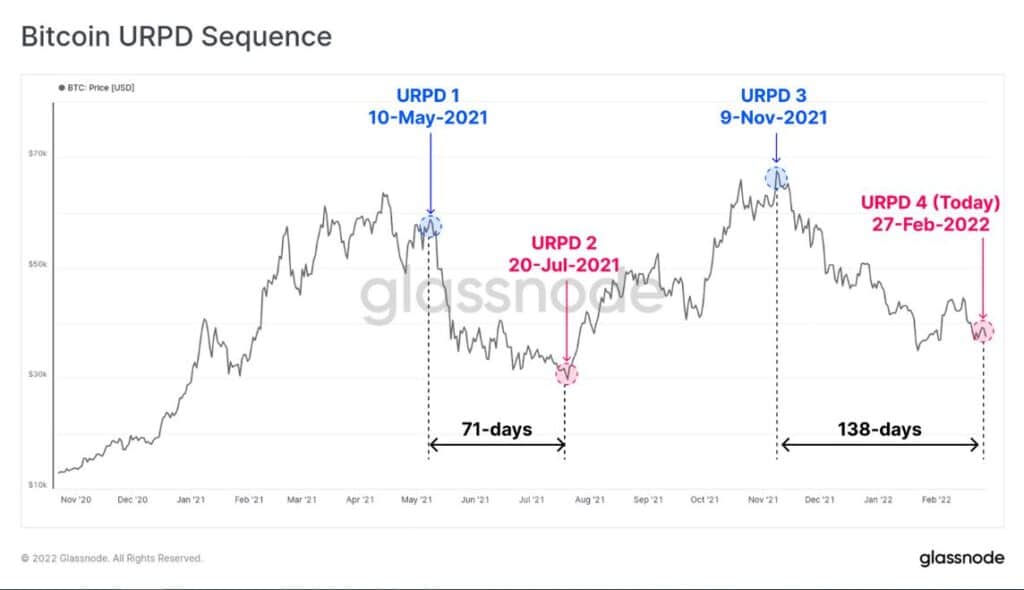 From May 10, 2021, to Aug 21, many traders bought bitcoins at prices ranging from $54,000 to $60,000. But when the massive market decline began, many rushed to get rid of the falling asset. The selling period lasted for 71 days. Glassnode analysts called this “bitcoin transfer from weak to strong hands” – that is, short-term investors were selling bitcoin to long-term ones.

“This behavior shows us a market dominated by price-insensitive holders who are unwilling to sell their coins even if they are holding at a loss. But ordinary buyers were strongly washed out of the market; now their proportion is much less than it was in May-July 2021,”

Such analysis shows two things; first, long term BTC investors are not selling no matter how long the downtrend is, Second the Bitcoin market, after wiping out ordinary buyers, may rise again as this time the downtrend has remained for 138 days, while the Nov-Aug 21 downtrend was half as compared to the downtrend market is currently facing.

The report also indicates that despite the downtrend, Bitcoins are withdrawn from exchanges which is a bullish sign as it limits the significant sell-offs.

“Despite this very uncertain macro and geopolitical backdrop, the behavior of Bitcoin HODLers maintains a remarkably bullish conviction. Coins continue to be withdrawn from exchanges, are moving into increasingly illiquid wallets, and are maturing into increasingly senior age bands at a high rate. These look like Long-Term Holder coins in the making.”

IOG has responded to ADA investors who are eager to know the exact date for the launch of the Vasil hard fork.  Input Output Global...
Read more
Market

Alex Bornyakov is in support of a digital hryvnia. In a four-tweet thread on Friday, Ukraine's Deputy Minister Of Digital Transformation, Alex Bornyakov, argues that...
Read more
Market

IOG has responded to ADA investors who are eager to know the exact date for the launch of the Vasil hard fork.  Input Output Global...
Read more

Alex Bornyakov is in support of a digital hryvnia. In a four-tweet thread on Friday, Ukraine's Deputy Minister Of Digital Transformation, Alex Bornyakov, argues that...
Read more

The listing of RYOSHI will enable developers to build on Ryoshi Vision via NOWNode's platform. window.coinzilla_display =...
Read more

The Amici attorney has commended XRP investors for their collaboration toward Ripple’s legal battle against the SEC.  ...
Read more

One Year After Burning Mechanism Launched, 2.5 Million Ethereum Worth $5B Burnt, Is ETH Becoming Deflationary?