Cardano Founder To Ethereum’s Vitalik Buterin On African Crypto Market : “Dude, Where Have You Been?” 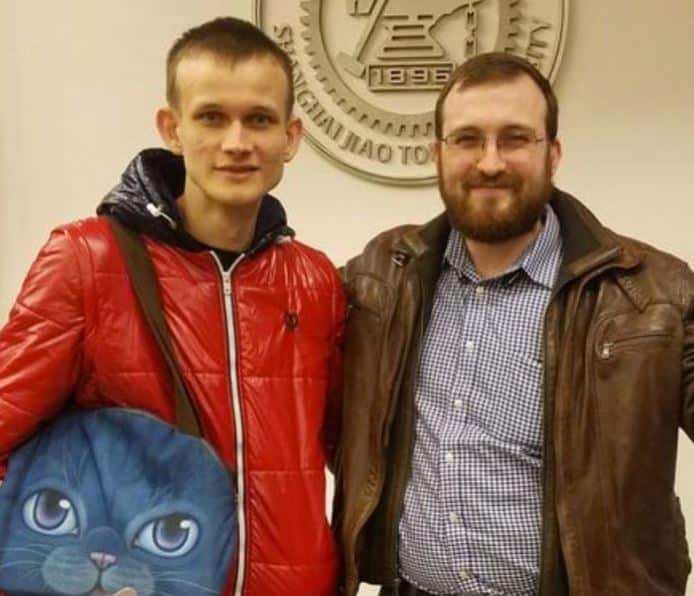 Cardano Founder Thinks Ethereum’s Vitalik Buterin Is Not Updated About Happenings in the African Cryptocurrency Market.

Cardano’s Hoskinson believes Ethereum’s Buterin has not followed his significant impact on the African cryptocurrency and blockchain industry.

In what seemed like a subtle shade, Charles Hoskinson, the CEO and founder of Cardano, has responded to Ethereum’s Vitalik Buterin’s call to develop more useful blockchain projects that will foster the betterment of Zambia and Africa in general.

A few days ago, Hakainde Hichilema, the President of Zambia made a tweet noting the potential of technology on citizens of the country, adding:

“Great to see international leaders in tech sharing our vision for a modern and innovative #Zambia at the heart of the region.”

“Looking forward to seeing more blockchain and crypto projects make an impact in Zambia and in Africa more generally! Lots of work to be done in scalability, easy-to-use wallets and other important areas, but many unique opportunities as well.”

Following Buterin’s comment, Hoskinson felt his work, and that of the entire Cardano team towards the development of Africa, had not been closely followed by the Ethereum boss.

The Cardano boss, while quoting Buterin’s post, shared a gif, which reads “Dude, where have you been?”

In recent times, part of Cardano’s vision this year has been to focus on unifying the global financial industry, by creating a global economy, which will reduce income and wealth inequalities among nations, including Africa.

To make this vision a reality, Hoskinson disclosed last month that the Cardano team will be launching a peer-to-peer (P2P) lending network in Africa, specifically Kenya.

The initiative, according to a 57-minute long video published by Hoskinson on popular media sharing platform YouTube, will result in billions of dollars flowing from developed countries to Africa.

“If [we] get it done then billions of dollars of value will go from the developed world to the developing world where interest rates are higher.”