Home Crypto News Market Its Official, Bitcoin Of America Adds Shiba Inu To Their 1800 Plus...

Its Official, Bitcoin Of America Adds Shiba Inu To Their 1800 Plus ATMs Across 31 U.S. States 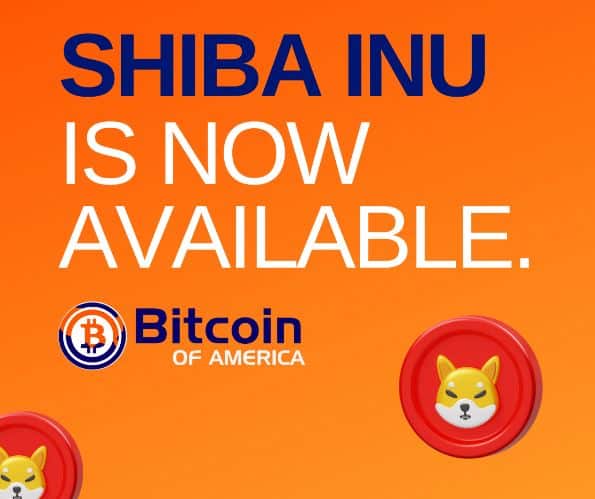 Shiba Inu is now part of Bitcoin of America.

As TheCryptoBasic informed our readers today that there were 100% chances Bitcoin of America is going to add Shiba Inu to their US-wide ATMs because, On April 1, 2022, Bitcoin of America officially posted a tweet and said something BIG was coming to their Bitcoin ATMs on Monday.

After the teaser, a photo of an ATM with SHIB support started making waves all around the community. Since yesterday, some community members have also been seen sharing live recorded videos of BTM’s, where SHIB support can be seen.

One random Shiba Inu Community member recently claimed that he had visited his nearly located BTM to confirm the rumors and found that the stories were true. Bitcoin of America has added support for the Shiba Inu token. As proof, he also shared his live recorded video with the community.

$SHIB #SHIBARMY I went to confirm it myself. At a local gas station. pic.twitter.com/cGJCwQpfWB

But now, the news is confirmed by Bitcoin of America that they have added shib to their ATMs.

Bitcoin of America is a virtual currency exchange registered as a money services business with the United States Department of Treasury (FinCEN). The money service makes it easier for its clients to buy crypto with cash by installing ATMs in different locations across the country. To date, Bitcoin of America has 1800 plus BTMs across 31 states.