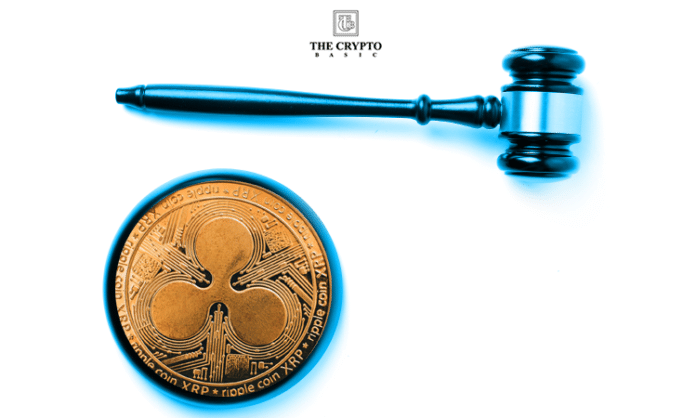 The court wants to analyze whether the proposed redactions are protected by the DPP before taking a decision.

Judge Sarah Netburn has mandated the securities regulators to submit the proposed redactions of the sets of handwritten notes for in-camera review no later than April 8, 2022.

“The court has reviewed the SEC’s letter requesting leave to redact portions of four sets of handwritten notes by SEC staff. The SEC is ORDERED to submit its proposed redactions for in-camera review by April 8, 2022,” the court order read.

#XRPCommunity #SECGov v #Ripple #XRP Magistrate Judge Netburn has ordered the SEC to submit its proposed redactions to the Court for in camera review no later than April 8, 2022. pic.twitter.com/Zhg0Sq1m1K

The court’s order came after Ripple and Individual Defendants Brad Garlinghouse and Chris Larsen noted in their response that they are relying on the court’s review to determine whether the proposed redaction is protected by the Deliberative Protective Privilege (DPP).

Recall that the SEC, in a motion last month, proposed its intention to redact some handwritten notes from meeting minutes between the agency and other third parties.

Ripple Responds to the SEC’s Request

According to the Securities and Exchange Commission, the proposed redaction of some of the portions of the meeting minutes reflects the personal opinion of its staff during meetings with third parties.

The move, which did not sit well with Ripple at the time, prompted the famous blockchain company to analyze the situation before filing a response yesterday.

While Ripple enthusiasts expected the company to reject the redaction proposal, the company noted that it will not currently challenge the SEC’s motion because it does not have access to the proposed redactions.

However, Ripple said it would be relying on the SEC’s representation and the court ruling to determine whether the “proposed redact portions reflect the author’s own thinking deliberations or communications among SEC staff during the meeting.”

If after the court’s review and it believes portions of the documents reflect the personal opinion of the staff, then the court will permit the SEC to carry on with the redaction, else the agency’s request will be declined.

While the world still awaits the SEC’s decision to tender the proposed redactions for an in-camera review, the decision for the motion of reconsideration and the motion to compel the submission of the Estabrook’s notes are still pending.