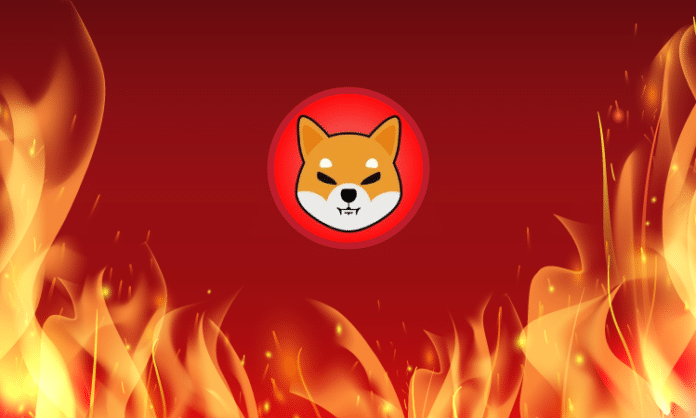 Over 1.99 billion Shiba Inu (SHIB) tokens have been taken out of circulation within the last seven days, and over 185.39 million SHIB during the previous 24 hours.

Shibburn.com recently reported 62 transactions towards the dead wallet during the last week, through which community-led burning initiatives have burned a total of 1,992,393,933 (1.99B) dog-themed tokens.

Top SHIB Burner of the Week:

Two newly emerged tokens, ScareCrow (SHIB Protector) and 1Cent contributed the largest share and appeared to be the top SHIB burner of the week.

On Saturday, the ScareCrow auto-burn mechanism did magic and sent 1,248,074,298 (1.24B) SHIB tokens to dead wallets through 10 separate transactions as per data provided by Shib Burn.

1Cent is another newly emerged token that supports SHIB burn. 1Cent has organized an official Weekly SHIB Burn Event on 4th April 2022. Through this event, the team behind the newly emerged token had sent a total of 161,397,653 (161.397M) SHIB to the dead wallet in one transaction.

The “1Cent” token is just four weeks old, and since its inception, the project claims to send 1,166,115,610 (1.16B) Shiba Inu tokens to the dead wallet, permanently taking them out of circulation.

Besides weekly burn, 185,395,244 (185.39M) SHIB tokens have been reportedly sent to dead wallets through 16 separate transactions by the community-led burning initiatives.

In the past 24 hours, there have been a total of 185,395,244 $SHIB tokens burned and 16 transactions. Visit https://t.co/t0eRMnyZel to view the overall total of #SHIB tokens burned, circulating supply, and more. #shibarmy