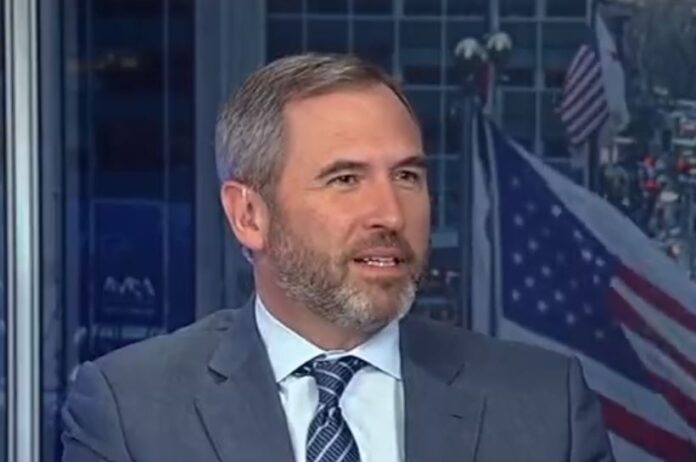 Brad Garlinghouse, Ripple’s CEO and founder, noted in a CNBC recent interview that he is happy with the developments in the lawsuit slammed by the Securities and Exchange Commission (SEC).

The Ripple CEO made the disclosure at a CNBC-hosted fireside chat at the Paris Blockchain Week summit.

According to Garlinghouse, who was also charged for the role he played in the sale of XRP in the United States, the lawsuit has gone much better than he expected 15 months ago when the blockchain company was sued.

“The lawsuit has gone exceedingly well, and much better than I could have hoped for when it began about 15 months ago,” Garlinghouse said.

However, he did not seem happy with the consistent delays that have been recorded throughout the lawsuit. “But the wheels of justice move slowly,” he said.

Recall that Ripple was slammed with a lawsuit in December 2020, for conducting an unregistered securities offering that saw the company raise $1.3 billion.

The lawsuit, which has lasted for more than a year, has mostly gone in favor of Ripple. The court has approved two major motions filed by the blockchain company, including the Fair Notice Defense and a request to have the SEC surrender emails of its staff and former Director William Hinman.

The decision, which was made earlier this week, is believed to hold answers to whether there were conflicts of interest in Hinman’s 2018 declaration that Ethereum was not a security.

While Ripple had argued that the XRP coin is a currency, the SEC thinks otherwise and has engaged the firm in a lengthy lawsuit.

Implications of the Lawsuit’s Outcome on Other Cryptos in the U.S.

The lawsuit has affected the company in various aspects, as Garlinghouse noted that Ripple is already operating in a “worse case scenario,” adding:

A win for Ripple would force the U.S. SEC to establish rules to determine which cryptocurrency should be deemed a security. However, if the company loses the lawsuit, nearly all the cryptocurrencies trading in the United States could be classed as securities.

Meanwhile, the lawsuit is expected to end in a settlement in favor of Ripple given the number of developments that have gone against the SEC lately.