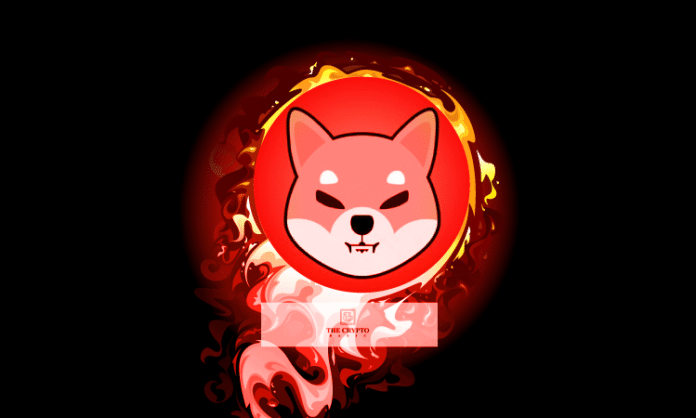 The newly launched “SHIB Burn Portal” on ShibaSwap appears to be one of the key drivers of long-term gain in value, as the daily burn rate for the popular dog-themed cryptocurrency skyrockets. The SHIB tokens are being burned in billions per day instead of millions.

Over 1.46 Billion Shiba Inu (SHIB) tokens have been removed from circulation permanently within the last 24 hours with the help of a new burn portal.

Shibburn.com, one of the authentic Shib Burn tracking websites, has recently reported that over the last 24 hours, a total of 1,461,828,101 (1.46B) SHIB has been wired to “inferno” addresses through 160 transactions and been locked up there permanently, never to use again.

In the past 24 hours, there have been a total of 1,461,828,101 $SHIB tokens burned and 160 transactions. Visit https://t.co/t0eRMnyZel to view the overall total of #SHIB tokens burned, circulating supply, and more. #shibarmy

As reported by TheCryoptoBasic, Yesterday, a whopping 5 Billion Shiba Inu were burned. Two random mysterious wallets made the biggest burn till now. They had reportedly sent over 2 billion SHIB tokens to the dead wallet through two separate transactions.

On the other hand, after the Robinhood listing, ETH Whales are continuously accumulating the world’s 15th biggest cryptocurrency in large quantities since April 12, 2022. Recently, the 5th biggest ETH wallet accumulated a whopping total of 289.33 Billion Shiba Inu (SHIB), worth $7.07 million within the period of the last 24 hours through two separate transactions.

The burning of SHIB and the massive accumulation from top ETH whales indicate that Shiba Inu is undergoing its accumulation stage and may soon start a new massive “Bull Run” in the coming days, weeks, or months.