Coinbase CEO Slammed SEC While Commenting on Ripple Lawsuit, Says Not All Cryptocurrencies Are Securities 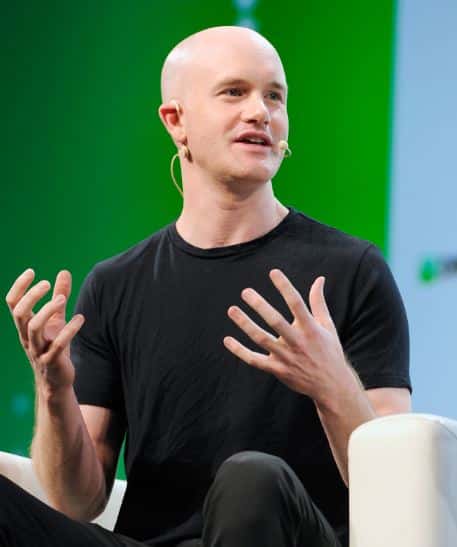 Armstrong noted that the Securities and Exchange Commission needs to develop a new policy that would aid in the classification of cryptocurrencies as security.

Commenting on the Ripple vs. SEC lawsuit, Brian Armstrong, the CEO of U.S.-based digital currency exchange Coinbase, slammed the Securities and Exchange Commission’s classification of all cryptocurrencies as securities.

Armstrong, who recently participated in an All-In Podcast interview, noted that not all cryptocurrencies are securities because some are currencies, while others are commodities.

“Treating every cryptocurrency under the same regulations would not make sense. Some cryptocurrencies, such as Bitcoin and Ethereum, might be a commodity, and Stablecoins may be a currency.”

Armstrong said that the different nature of cryptocurrencies implies that the SEC should not be the only regulatory agency overseeing the crypto market as some assets may not fall under its jurisdiction.

The Coinbase CEO added that cryptocurrencies classed as currencies might be subject to regulatory oversight by the Treasury, while cryptos regarded as commodities are expected to be regulated by the Commodity Futures Trading Commission (CFTC).

While no regulatory clarity would determine which cryptocurrency should be deemed a security, currency, or commodity, the Securities and Exchange Commission has relied on the Supreme Court’s 1946 decision on SEC v. W.J. Howey Co., popularly referred to as the Howey test.

The Howey test determines whether a transaction should be considered an investment contract to be registered with the Securities and Exchange Commission.

According to the Howey test, when people pay for something with the expectation of making a profit over a period of time, then that transaction should be considered a security and must be registered with the SEC.

Meanwhile, Brad Garlinghouse, Ripple’s CEO, noted in a recent interview that he believes the SEC is overstretching the Howey test to suit its objective.

“I think that the Howey Test is being stretched beyond recognition,” Garlinghouse said.

Similarly, legal experts also argued that security regulators strayed from the Howey Test in its quest to nail Ripple for not registering XRP with them.

The SEC needs to establish a new test for Armstrong while considering the Howey test. This, according to Armstrong, is because the Howey test is old and may not be applicable to the current situation.

The Coinbase exec declared his interest in working with other crypto experts and regulatory agencies to develop more friendly rules for the nascent industry.

Meanwhile, Coinbase is among the U.S.-based exchanges that discontinued support for Ripple’s XRP following the company’s legal battle with the SEC.