Terra (LUNA) Founder Few Days Before: “95% Of Cryptos Are Gonna Die But There’s Entertainment In Watching Them Die” 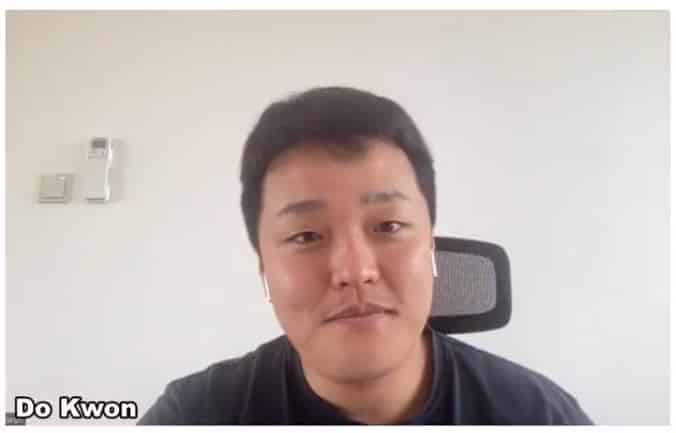 Terra founder finds entertainment in watching cryptos die, but he never knew he and his LUNA and UST would die faster than others.

There are rare moments in the crypto space that most people thought were impossible to happen. A case in point is the fall of Terra Luna and UST. Apparently, UST’s founder, Do Kwon, was earlier quoted spelling doom for most crypto companies joining the space. That was just eight days ago during an interview with Alex Botez.

During the interview, the host asked Do Kwon what he thought of the companies that are joining the crypto space. For one, there’s a growing perception that some of the companies rushing into this space are only doing so because the industry is currently the “in-thing,” and they don’t necessarily have a plan to keep themselves relevant. While conversing with Do Kwon, the host expressed her concern about whether such companies will make it through 3-5 years in the industry.

In response, Do Kwon was happy to announce that 95% of the entities currently joining the crypto space will crash in the heat of the moment. It’s a fact that Do Kwon isn’t the first person or analyst to make such a prediction. It’s also a fact that many of the crypto projects that were at the top of the charts merely five years ago are now either dead or struggling at the bottom of the charts.

Do Kwon didn’t mince his words to say that it’s actually entertaining to watch companies die.

Alex Botez: I wonder how many of these companies you think are entering the space because it’s hot and there’s a lot of fun; it will still be here, like 2-5 years later.

Do Kwon: 95% are going to die. But there’s also entertainment in watching companies die too.

Do Kwon: "95% are going to die [coins], but there's also entertainment in watching companies die too"

The market ripple effects caught up with the main crypto, Terra Luna, which has now become the talk of the town. Luna has shed close to 99% of its ATH value within 5 weeks. At the moment, Terra Luna is valued at $0.23 while its sister UST stablecoin is standing at $0.57.

The last few weeks have been hell for holders of Terra Luna as the crypto recorded successive value losses. In April, Luna was trading at its ATH of around $119. Today, the supposedly successful coin is trading at a measly $0.37, having lost over 99% of its value within the last seven days.

Luna has gone from being one of the top 10 best coins in the market to one of the worst. At this moment, Terra Luna is at position 59 in the charts – according to information on CoinMarketCap.

It’s sporadic for any coin to plunge as fast as Luna has done. Falling from a high of $119 to a value way below $1 in just a few weeks isn’t something most people would call normal.