The images suggest that John Richmond is close to unveiling the Shiba Inu clothing line.

With the Shiba Inu community eager to own some of the SHIB x John Richmond clothing, MILKSHAKE, a popular influencer of the dog-theme cryptocurrency, has leaked images of some of the designs expected to feature on these clothes. 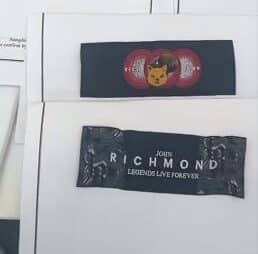 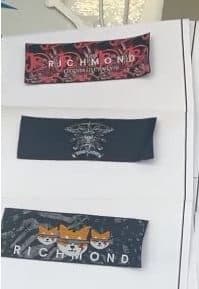 “New John Richmond Leak for the #ShibArmy: @JRichmondstyle working on some exclusive #SHIB “tags” & clothing #LegendsLiveForever this is so exciting to see,” MILKSHAKE tweeted.

𝖓𝖊𝖜 John Richmond Leak for the #ShibArmy: @JRichmondstyle working on some exclusive #SHIB "tags" & clothing💃#LegendsLiveForever this is so exciting to see!!! pic.twitter.com/TsNKFkG0zl

Each tag includes Shiba Inu designs mixed with John Richmond logos. At press time, it is not clear whether the tags featured in the video shared by MILKSHAKE have been approved by the partners, John Richmond as well as Shiba Inu.

However, a few minutes later, John Richmond proceeded to share an image of a new design featuring the SHIB mascot, which is expected to be used on the Shiba Inu John Richmond clothing.

In the image shared by John Richmond, the Shiba Inu mascot is put in the center of an emblem with the inscription “Rock N Roll” and “In Good We Trust.”

“#LegendsLiveForever when a strong new symbol is born. In Good We Trust. Stay tuned for a more exclusive look into the world of John Richmond. We are working on some incredible things for the #ShibArmy community, and fashion world,” John Richmond tweeted from its official Twitter account.

#LegendsLiveForever when a strong new symbol is born. In Good We Trust. Stay tuned for a more exclusive look into a the world of John Richmond. We are working on some incredible things for the #ShibArmy community, and fashion world. pic.twitter.com/jsgYoaXLhT

The design is expected to be used across several John Richmond stores globally.

John Richmond is an Italian-based fashion brand that manufactures designer clothes, shoes, bags, etc. Recall that in February, Shiba Inu entered into a partnership with John Richmond to have its logo and designs featured on some of the clothing made by the popular Italian fashion designer.

As reported, the Shiba Inu team has already commenced negotiations with some top celebrities and supermodels who will flaunt the clothing at different fashion events.

“Oh man… anyone who doubts the Shib x .@JRichmondstyle collaboration is going to eat their words on a sesame seed bun. And if you don’t think a supermodel wearing Shib designs isn’t revolutionary, then there is nothing else I can say. But I’m sure clones will follow & get praised.”

At press time, it is not known when the clothing designs will be made available to the public and at what price the Shiba Inu community will purchase each of the clothes when they are officially launched.

The Shiba Inu community will certainly be able to purchase the clothing using SHIB since John Richmond now accepts the dog-themed cryptocurrency as a payment method.

Over 421M XRP Moved by Whales As XRP Seeks To Recover

Cardano Founder Says Ardana and Orbis Collapse Was a Leadership Issue, Not Funding