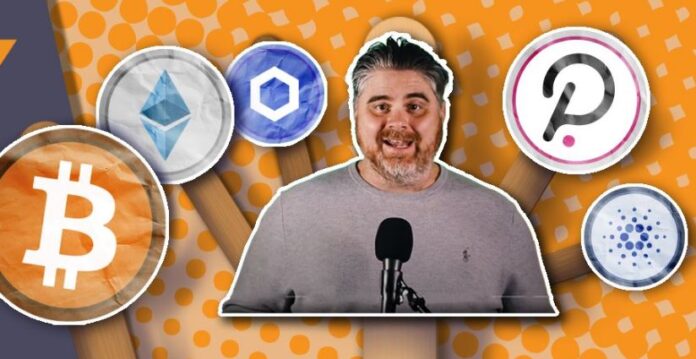 Ben Armstrong, a famous crypto trader with a Youtube following of 1.45M and a Twitter following of 851K, is going to file a case against Celsius.

Over the last few days, the Celsius Network has experienced a hard hit on its crypto ecosystem. The fall of Bitcoin has forced the company into taking on more DAI debt to prevent liquidation. Now, the company is facing even more backlash from its own user base as one of the most popular entities and investor moves to take Celsius to court.

In a tweet, investor and YouTuber Ben Armstrong announced the decision to file a class action lawsuit against the Celsius Network and its founder and CEO, Alex Mashinsky. He claims that the company is scamming people, with him being among the affected.

Today we will begin the process of bringing a Class Action Lawsuit against @CelsiusNetwork and Alex @Mashinsky.

More details in the coming days.

According to Armstrong, his account at Celsius has enough funds to pay off debts, but the company wants him to send them more money for the same purpose.

“Imagine an insolvent company that you can’t withdraw your money from ASKING YOU TO SEND THEM MORE MONEY. Literally defies logic. So you may be asking yourself the question, “why would they not let you pay off the loan with money/crypto/stables that are already in your account?”

Imagine an insolvent company that you can’t withdraw your money from ASKING YOU TO SEND THEM MORE MONEY.

Literally defies logic. So you may be asking yourself the question, “why would they not let you pay off the loan with money/crypto/stables that are already in your account?”

Basically, his funds are frozen. For this reason, Armstrong is wary of sending an already insolvent company any more money. He claims that the company is heading into bankruptcy and that the money claimed to be in the account isn’t really there.

“Great and logical question. Glad you asked. IT’S BECAUSE THEY ARE TOTALLY INSOLVENT. The money that shows in our account isn’t actually there. That’s the only reason we can’t use it. It’s not there. And these idiots have the audacity to think that we are going to send more?

This is a PURE SCAM to try to bring in fresh money from users to pay off loans. You see, once Ethereum hits a certain number, we get liquidated and lose all of our collateral against the loan. So they are trying to take advantage of fear in the market to pad their pockets.”

“As they head towards bankruptcy. Make no mistake about it, at this point now that I see their game, it’s only a matter of time before their biggest position gets liquidated at ~$16,500 for $BTC. That’s coming. They know it. As that gets closer, they are pulling out all the stops.”

A few days ago, Celsius announced a stoppage of all withdrawals, swaps, and transfers. According to Armstrong, this is a scam because they’re literally holding people’s money hostage.

Ben Armstrong’s decision to file a class action lawsuit has resonated with many in the crypto market who feel it’s the right decision. As a matter of fact, Armstrong is confident that his lawsuit, as well as action taken by other relevant authorities like the US SEC, is bound to succeed in punishing Celsius and its CEO for their misdeeds.

You can’t possibly EVER support @CelsiusNetwork or @Mashinsky in any way possible. There’s less than a 1% chance in my opinion he doesn’t face major action from @SECGov. Maybe him and @GaryGensler can do prison time together https://t.co/52Xm77VHJz