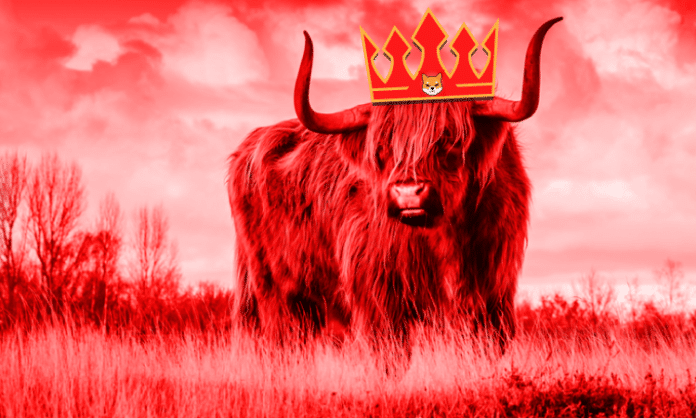 Shiba Inu shocks investors as it rallies over 20% in hours.

Shiba Inu (SHIB) has shown the crypto world that it is in no mood to remain in the dust, as it records a significant rally in the past few hours.

The massive rally in Shiba Inu helped the cryptocurrency eliminate a zero from its price, as investors remain hopeful that the digital currency will continue to soar.

Data on popular cryptocurrency aggregator platform Coinmarketcap suggests that Shiba Inu is up 27.7% in the last 24 hours, as the coin’s price currently sits around $0.00001053.

The tremendous growth of Shiba Inu may come as a shock to many given that no significant announcement was made about the project in the past day.

Interestingly, that has always been the beauty of Shiba Inu, as the cryptocurrency usually embarks on tremendous rallies without any prior notice.

Meanwhile, in contrast to the SHIB’s previous surge, the current price increase of the cryptocurrency is attributed to a few factors, including constant whale accumulation and the burning exercise being carried out by the SHIBArmy, the name given to enthusiasts of the project.

As reported, several top Ethereum whales have been taking advantage of the massive dip of SHIB, by purchasing millions of the cryptocurrency at intervals.

Last week, a mysterious Ethereum whale holding a whopping 4 trillion Shiba Inu coins added another 130 billion units of the cryptocurrency to its holding.

The total amount of Shiba Inu coins in circulation is gradually reducing following the massive amount of SHIB burnt via the official burn portal.

Only yesterday, members of the Shiba Inu community burnt 83 million SHIB via the burn portal to further boost the value of the cryptocurrency. The efforts made by these enthusiasts are gradually leading to the surge in the coin’s value.