HomeCrypto NewsAnalysisEthereum Is Skyrocketing 25% Off Its Recent Drop, Looking At $ 630...

Ethereum Is Skyrocketing 25% Off Its Recent Drop, Looking At $ 630 As The Bulls Come Back In Action

Ethereum has recovered significantly since its plunge last week towards support at $ 480. The weekend session was kind to other major cryptocurrencies as well. As Bitcoin surged above $ 18,000, Ether is trading at $ 580, showing a growing bullish momentum.

Ethereum on the verge of breaking through to $ 630 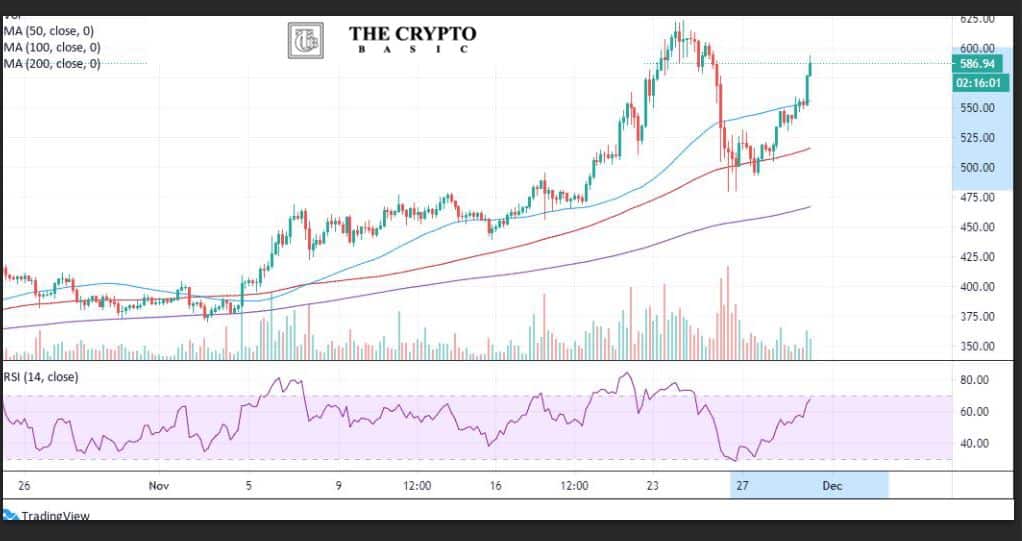 All technical indices indicate that Ethereum will soar to highs above $ 600. The relative strength index has strengthened its bullish grip as it approaches the overbought area. Consistent gains from around RSI 30 levels caused an increase in buy orders.

ETH is also trading above 4H, 50 moving average. Note that the last time Ethereum went below this moving average, the loss was 11.5%.

As long as the smart contract giant stays above this key moving average, the path to gain more high ward momentum will be increased with the least resistance.

Trading above $ 600 is likely to encourage more buyers to join the market. If enough bullish pressure is created, Ethereum is expected to break above the $ 625 target and focus on gains above $ 700.

On the other hand, some delays can occur at $ 600 before moving more up.