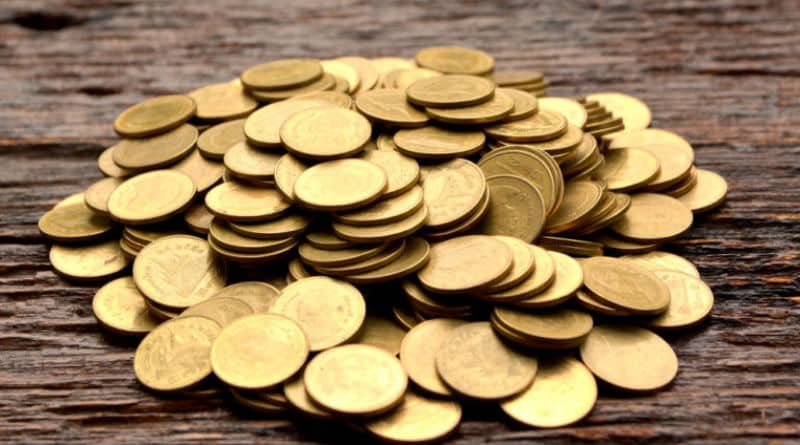 Six Altcoin Gems that can deliver life-changing wealth to investors this year, according to crypto trader and influencer Austin Arnold.

Altcoin Daily founder and crypto trader Austin Arnold named six altcoins in a video that he believes have the potential to become some of the best crypto investments for the year 2021.

In the video, the influencer tells his 413,000 YouTube subscribers that he is bullish on the indexing protocol, The Graph (GRT). The Graph launched its mainnet last December and has since expanded its services to blockchains such as Bitcoin (BTC) and Polkadot (DOT). If Ethereum turns out to be the global supercomputer, we need something like The Graph to gather all the information on the blockchain.

The second project Arnold is bullish on is Ren (REN). Ren is a Protocol that allows the transfer of crypto Assets between blockchains. The trader cites data from Santiment that whales are accumulating more REN, which may indicate further price increase for the interoperability protocol.

🐳🐳🐳 The amount of #Ren whales (holding at least 1m+ $REN tokens) has jumped from 81 to 89 addresses in the past day. This is the highest amount since August 15, 2020. The 23-week high in such addresses is typically a great indication of things to come. https://t.co/OcGObJ4LVa pic.twitter.com/IzIjHvFcDk

We recently raised $1.1m in a seed round led by @polychaincap — you can read more about it here: https://t.co/BaqfjHm5WL https://t.co/akmQeTO9yD

The fourth project on Arnold’s list is the commission-free crypto broker Voyager Token (VGX). Voyager announced that it is planning to expand its platform with features such as debit and credit cards, margin products and a desktop application. Prospects that make the influencer bullish on VGX.

The Youtuber is bullish on the smart contract platform Elrond (EGLD), which has just launched its highly anticipated Maiar Wallet and payment app. The project hopes that this latest implementation will drive user growth and allow them to take on board the next wave of crypto users.

The last on Arnold’s list is among DeFi pioneer Yearn Finance (YFI). Arnold highlighted the project’s decision to mint additional YFI tokens worth $200 million. In other words, according to the influencer, the YFI community, which manages governance, has uniformly decided to print more money for itself. Arnold speculates on what this decision means for the Yearn ecosystem. Obviously, he sees this as a healthy development for the project.

Yearn Finance last night fell victim to an exploit that cost the stakers over $11 million. Nevertheless, the YFI price seems to recover quickly from the hack.

Of course, all assessments of the influencer are pure speculation. In my opinion, his list leaves many projects from the DeFi sector, which carry immense potential.

The DeFi sector in particular has produced a number of projects that generate impressive cash flow and offer interesting investment opportunities that traditional company do not provide.

This article is for information purpose only and not a financial advice. Please always do your own research before investing in any financial instrument.