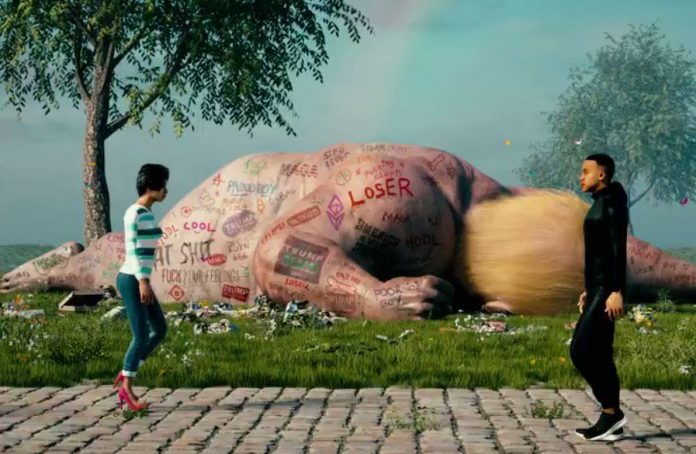 Digital artwork “Crossroad” by artist Mike Winkelman, known as Beeple, sold for a record $6.6 million. The Non Fungible token (NFT) contains an image of the former US President Donald Trump, who lost the election.

According to Beeple’s idea, “Crossroad” was supposed to change depending on the results of the US presidential election. After Biden’s victory, it shows Trump lying in a pile of garbage. If a Republican would have won the elections, the NFT would change to a crowned sporting Trump stepping through the flames.

The #1/1 from beeple's first NG drop has just resold on the secondary market for $6.6 million.

History has just been made.

Congrats to beeple and of course to @pablorfraile for the sale. pic.twitter.com/mTYG4VABSw

We can confirm that this is a legitimate sale – this was brokered by Nifty Gateway's art buying services.

We have been in directly contact with buyer and have confirmed their identity. They are choosing to remain anonymous at this time.

In early February, actress Lindsay Lohan sold a non-interchangeable Lightning token at a Raible auction for $70,000. The popular meme gif Nyan Cat was sold at the Foundation auction for 300 ETH.