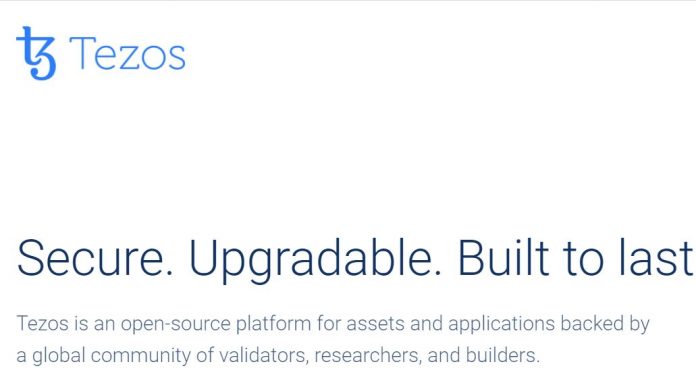 McLaren Racing and Tezos blockchain have entered into a new technical partnership. Together they will create an NFT platform that will explores the fan experience. Tezos was selected by McLaren for its energy efficient proof-of-stake consensus protocol.

McLaren Racing has selected #Tezos to become the team’s Technical Partner in a new multi-year official partnership. @McLarenF1 will build a new #NFT fan experience on @tezos across F1, INDYCAR and e-sports. https://t.co/FZfRqGIAwX

McLaren Racing teams up with Tezos to create a new multi-year technical partnership between Formula 1, INDYCAR and esports. Thus, Tezos has now become the official blockchain partner of McLaren Racing.

The racing brand specifically chose Tezos to represent its debut on the NFT blockchain thanks to its energy efficient network and updatable technology. Specifically, they intend to create a non-fungible token (NFT) platform while keeping the “fan experience” at its core.

Tezos and McLaren Racing uniting to create a unique fan-focused NFT platform is an innovative step in an exciting and rapidly developing industry. At McLaren, we are known for putting fans at the heart of everything we do, and this is another partnership which allows us to enter a space where fans can own key pieces of our team. We are looking forward to launching the platform with Tezos to create bespoke NFTs with our Formula 1, INDYCAR, and esports teams.

Ultimately, the partnership confirms that Tezos will represent the McLaren Formula 1 and Arrow McLaren SP teams. Likewise, McLaren will represent Tezos in all of their racing suits. In particular, these suits will be worn by the McLaren F1 drivers Lando Norris and Daniel Riccardo, and also by AMSP drivers Pato O’Ward and Felix Rosenquist.